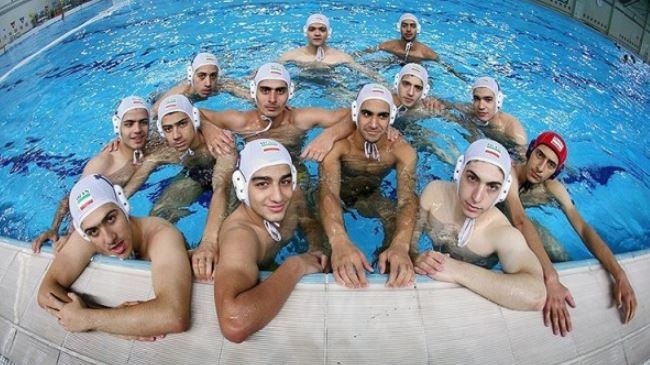 Iran’s national junior water polo team has achieved an enthralling win over Singapore by 11 points at the 4th edition of the Asian Junior Water Polo Championship in Indonesia.

The Wednesday game against the Southeast Asian side was expected to be an easy game – and it was – with the young Iranian sportsmen overwhelming Singaporeans 17-6 in their third game group stage fixture in the Indonesian capital, Jakarta.

The Iranian outfit, which opened up the competitions with a 14-9 win over Uzbekistan on November 3, lost to defending champion Japan 14-5 on Tuesday.

The 4th Asian Junior Water Polo Championship kicked off on November 3, and will wrap up on November 10.

Indonesia, Iran, Japan, China, Uzbekistan and Singapore are competing in a round robin format.

“We hope to get the best result in this edition of the competitions, where teams have started off in strong fashion and have brought their top seeds into play,” head coach of Iran’s junior water polo team, Danial Khakban, said on November 2.

The 3rd Asian Youth Water Polo Championship was staged from September 25 to September 30, 2013 in Singapore.

Japan landed in the first spot followed by the Islamic Republic of Iran and Kazakhstan in the second and third positions respectively.