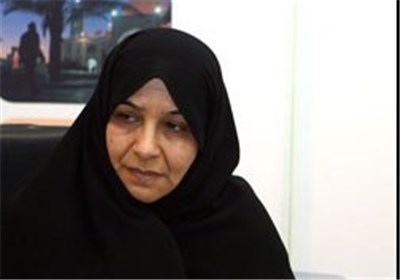 TEHRAN (Tasnim) – An Iranian female lawmaker hailed a raft of legislation passed by the country’s parliament in support of women, and slammed the untrue reports by the foreign media outlets as a plot to tarnish the global image of Iran in dealing with women’s issues.

The lawmaker, who accompanies a high-ranking Iranian judiciary delegation in Switzerland, dismissed criticism raised by the UN special rapporteur on human rights in Iran, Ahmed Shaheed, and said, “According to the Article 3 of the marriage law, forced marriage carries penalty of imprisonment.”

What the foreign media outlets say about women’s situation in Iran is to portray a dark image of Iran and to excite public feeling, she added.

Pointing to the eye-catching presence of women in the society after the Islamic Revolution in 1979, Aliya said women now make up almost 60 percent of students in the state-run universities, saying the number has doubled over the past 20 years.

In scathing remarks last week, Shaheed, a former diplomat from the Maldives, deplored what he called worsening conditions for women in Iran.

On June 17, 2011, the UN Human Rights Council, under pressure from the US and its allies, named Shaheed as human rights rapporteur on Iran.

Tehran insists that the appointment of a UN special rapporteur on Iran’s human rights situation is a selective, politically-motivated and unacceptable move.