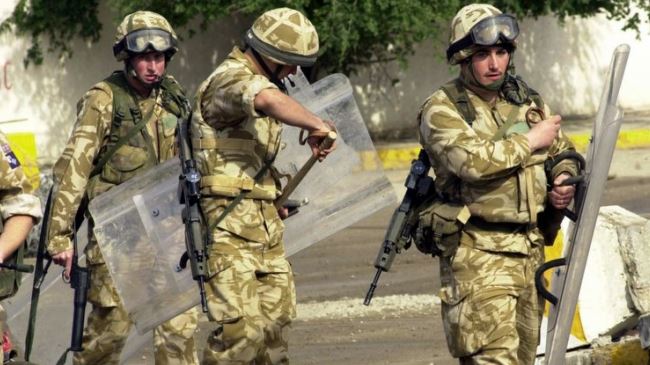 Britain to send forces to Iraq to help anti-ISIL fight

Britain is preparing to deploy forces to Iraq to help the Iraqi security forces in their fight against the ISIL Takfiri militants, a British newspaper says.

Several British officers are set to join a US base in Baghdad to train and advise the Iraqi army forces, The Times reported on Wednesday.

The paper added that more training teams could also be dispatched to the semi-autonomous Kurdistan region in northern Iraq.

The British defense ministry has yet to comment on the report.

The move will be the first British mission to Iraq after it pulled its forces out of the war-hit country in 2011 following the 2003 US-led invasion.

Britain’s Ministry of Defense said the first set of British warplanes have taken off to carry out airstrikes over Iraq following a move by the UK parliament to approve airstrikes targeting ISIL terrorists in the Arab country.

The anti-ISIL bombing campaign led by Washington began on August 8 in Iraq; and in late September, the US and its Arab allies began conducting airstrikes against ISIL positions inside Syria as well, without any authorization from Damascus or a UN mandate.

The ISIL militants have seized large swathes of land in Iraq and Syria, terrorizing and killing people of all communities, including Shias, Sunnis, Kurds and Christians, in the areas they are controlling.

The recent violence is seen as a spillover of militancy from Syria.

The airstrikes by Western powers against ISIL militants operating inside Iraq come despite the fact that militants fighting to overthrow Syrian President Bashar al-Assad in Syria are enjoying the support of the US and its allies including Saudi Arabia, Qatar, and Turkey.