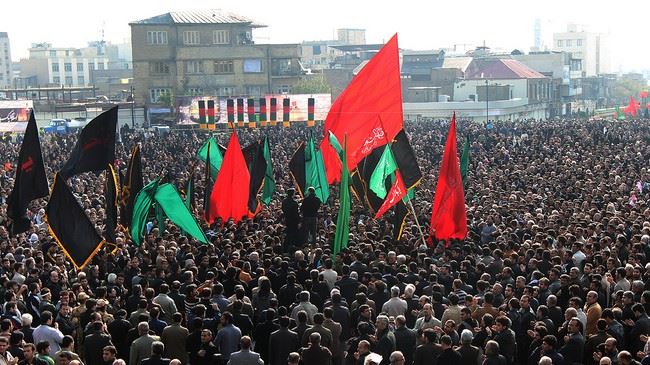 Millions of Muslims across the globe are holding mourning ceremonies to mark Ashura, the anniversary of the martyrdom of Imam Hussein (PBUH), the third Shia imam, Press TV reports.

Shia mourners from Iran and other countries have taken to the streets and mosques to honor Ashura, the 10th day of the lunar month of Muharram.

Meanwhile, millions of Muslims have flocked to the Iraqi city of Karbala, where the holy shrines of Imam Hussein, his children and his brother Hazrat Abbas (PBUH) are located, to commemorate the event.

In an interview with Press TV, a Shia mourner praised Imam Hussein for having promoted “freedom” and “peace.”

Karbala residents make efforts to serve the pilgrims to the holy shrines during Muharram ceremonies.

“We are expecting a larger flow of pilgrims than the previous years. We have 1,500 registered camps which are providing water, meals, sleeping space and medicine to mourners,” said Akil al-Tarihi, the governor of Karbala.

Imam Hussein, the grandson of Prophet Muhammad (PBUH), and 72 of his loyal companions, were martyred on Ashura in the battle of Karbala against the second Umayyad caliph, Yazid I, in 680 AD. Imam Hussein was killed after he refused to pledge allegiance to the tyrant ruler.

The mourning services have been in place worldwide since the beginning of Muharram. Ashura marks the climax of the mourning processions.

The annual Muharram ceremonies symbolize the eternal and unwavering stance of truth against falsehood and humanity’s struggle against injustice, tyranny and oppression, the cause for which Imam Hussein was martyred.