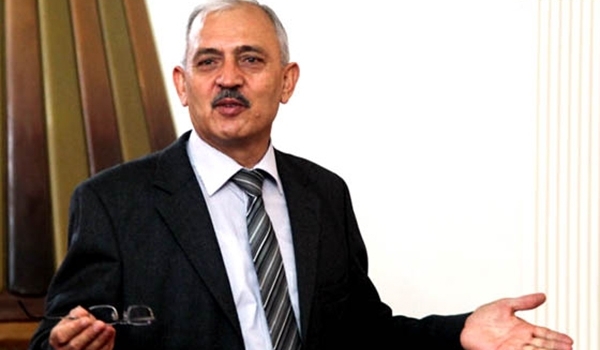 TEHRAN (FNA)- Tajik Ambassador to Tehran Nematollah Imamzadeh stressed the abundant economic and industrial capacities of Iran and Tajikistan, and called for the further development of trade relations and cooperation between the two countries.

“We plan to increase trade and economic exchanges between Iran and Tajikistan to $300mln which is possible given the existence of the needed trade, commercial and industrial possibilities in both countries,” Imamzadeh told FNA on Sunday.

He said that this goal will be attained through holding meetings of the two countries’ joint economic and trade cooperation commission in future.

Imamzadeh also welcomed presence of the Iranian companies in Tajikistan, and said Iran has adopted positive measures for economic progress and development of Tajikistan after the latter’s independence, including the construction of Sangtoudeh-II Dam and Power Plant.

In September, Iranian President Hassan Rouhani and his Tajik counterpart Emomali Rahmon inaugurated the Phase-II of Sangtoudeh-II Dam and Power Plant, which was constructed through Iran’s major partnership.

Also in September, Rouhani and his Tajik counterpart in a meeting in Tajikistan signed 10 cooperation pacts and a joint statement.