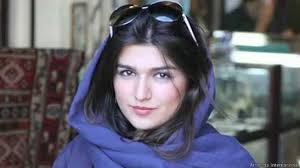 TEHRAN, Iran (AP) — A lawyer in Iran says an Iranian-British woman detained while trying to attend a men’s volleyball game has been sentenced to one year in prison.

Lawyer Mahmoud Alizadeh Tabatabaei told The Associated Press on Sunday that a court found 25-year-old Ghoncheh Ghavami guilty of “propagating against the ruling system.” Tabatabaei says he has been shown the text of the verdict but is still waiting to officially receive it. He declined to immediately comment further.

Ghavami was detained in June at a Tehran stadium after trying to attend a men’s volleyball match between Iran and Italy. She was held for a few hours and then released but she was detained again a few days later. She stood trial last month.