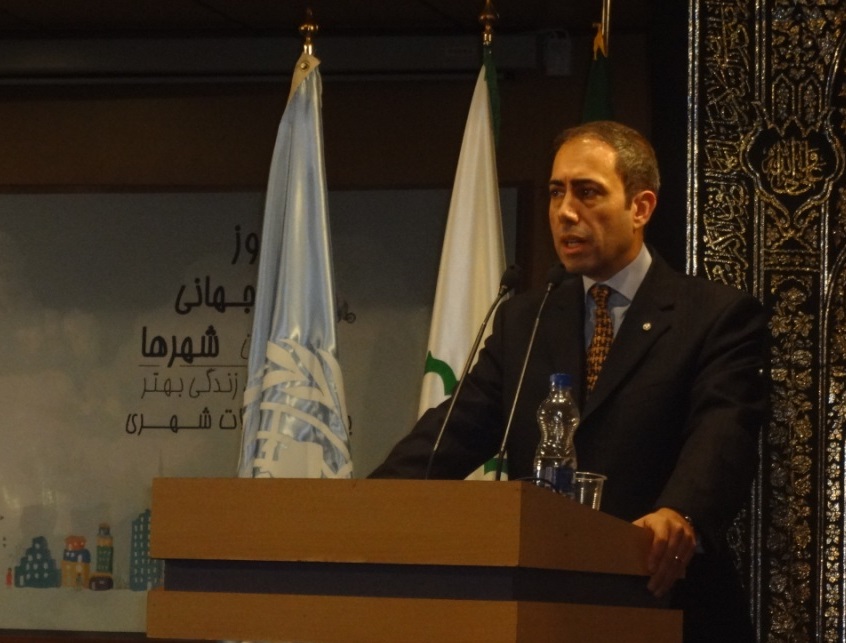 Mr. Serge Nakouzi, the Representative of the Food and Agriculture Organization of the United Nations (FAO) to the Islamic Republic of Iran delivered the message of the UN Secretary-General Mr. Ban Ki-moon on the occasion of the World Cities Day in a ceremony held jointly today in Tehran by UN HABITAT and the Municipality of Tehran.

The full text of UN Secretary-General message reads:
With the decision by the United Nations General Assembly to establish World Cities Day, we now have an annual date on which to celebrate one of humankind’s greatest and most complex creations.
This new day is one of the legacies of Expo 2010 Shanghai, at which the international community explored urban best practices and concepts from all over the world.  So it is fitting that Shanghai is hosting the main inaugural event of this new UN observance.
The theme of this first World Cities Day — “Leading Urban Transformations” — highlights the pioneering power of cities.  In a world where already over half the population lives in urban areas, the human future is largely an urban future.  We must get urbanization right, which means reducing greenhouse emissions, strengthening resilience, ensuring basic services such as water and sanitation and designing safe public streets and spaces for all to share.  Liveable cities are crucial not only for city-dwellers but also for providing solutions to some of the key aspects of sustainable development.
Today is also a moment to recognize the contributions of mayors and other city leaders.  Urban transformations require political will and the capacity to coordinate many actors and stakeholders. Mayors give voice to their citizens and play a central role in building well-planned cities and making them engines of prosperity, innovation and inclusiveness.

In 2016, the international community will come together for the third United Nations Conference of Housing and Sustainable Urban Development (Habitat III). As we reflect on our urban future, let us seize all the opportunities cities offer to create a new and transformative urban agenda.