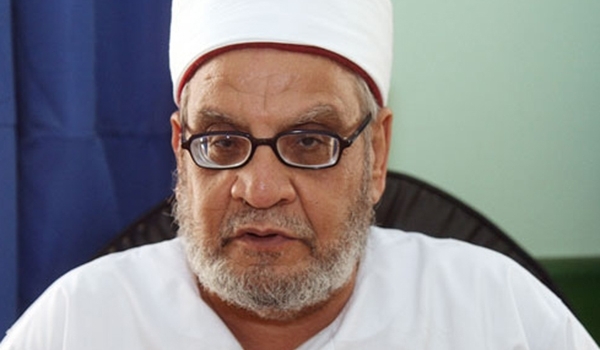 TEHRAN (FNA)- The Egyptian judiciary is due to put al-Azhar scholar Ahmed Karima on trial for visiting and giving lectures at a Shiite seminary in Iran.

Karima was suspended from al-Azhar’s Supreme Council of Islamic Affairs– led by Grand Imam Ahmed al-Tayeb – for giving lectures at a Hawza (Shiite theological seminary) in Iran without the council’s permission, according to a statement issued by council Secretary-General Ahmed Agiba in September.

Agiba said the al-Azhar had since launched an investigation into the incident, the findings of which – along with al-Tayeb’s recommendation – will determine whether Karima’s membership status will be reinstated.

Al-Youm al-Sabe’ news website quoted an informed source on Sunday that now al-Azhar seeks Karima to be tried in a court.

Meantime, Karima, told Daily News Egypt, late September that his visit to Iran was for academic purposes and not related to politics, adding that those who criticized him were Salafis and members of the Brotherhood.

“I wasn’t part of an official delegation. I visited the country because of a personal invitation from the General Secretariat of Seminaries in Iran. It was the first time I received such an invitation and the visit involved delivering Sunni comparative jurisprudence lectures for one week to Shiite and Sunni students,” he said.

“Seminaries in Iran are similar to imam preparation institutions in Egypt, so I requested an official holiday from al-Azhar University, enclosing the invitation letter and the program with my request. Those who sent the invitation would notify the Egyptian embassy in Tehran. I sent my request to the university on 31 August and waited until my travel date of 6 September. However, the university never showed reluctance, so I considered it implied consent, particularly because this was during Summer break and I was not teaching any classes at the time,” he added.

“I delivered lectures of Sunni Shafi’i jurisprudence in Kurdistan and in many other places with Shiite students. I visited various Iranian universities,” Karima said.

“This was an attempt on part of the Brotherhood and Salafis to settle their accounts with me. I was the only Azhari to confront them and publish a book about the Brotherhood; I’ve also criticized their terrorism academically and talked about Salafis in books and media,” he added.

Analysts believe that now every one should wait and see if the anti-brotherhood government of General Sisi stops the maltreatment of the scholar or not, since otherwise it would seem that President Sisi is making an instrumental use of campaign against Brotherhood and Salafi extremists.