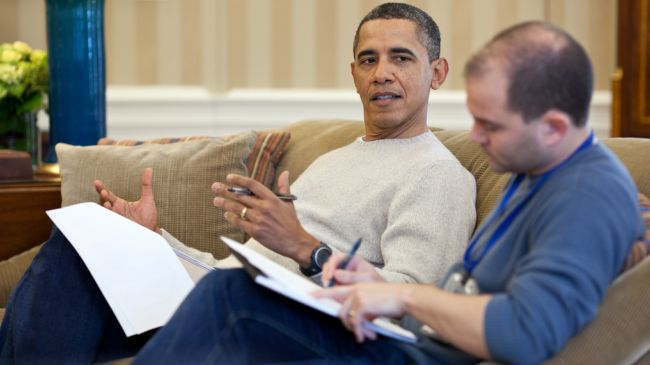 One of the US president’s top priorities in his second term in office is to resolve the nuclear issue with Iran, according to a senior White House official.

“Bottom line is, this is the best opportunity we’ve had to resolve the Iranian issue diplomatically, certainly since President Obama came to office, and probably since the beginning of the Iraq war,” Rhodes said in audio obtained by the American news website. “So no small opportunity, it’s a big deal. This is probably the biggest thing President Obama will do in his second term on foreign policy. This is healthcare for us, just to put it in context.”

The remarks show the importance of a rapprochement between the United States and Iran to Obama, who has publicly stated that the likelihood of a nuclear deal between six world powers and Iran is no greater than 50-50.

Rhodes also said that the Obama administration does not want Congress to securitize any final agreement.

“We’re already kind of thinking through, how do we structure a deal so we don’t necessarily require legislative action right away,” he said. “And there are ways to do that.”

Iran and the P5+1 group — Russia, China, France, Britain, the US and Germany – are negotiating to narrow their differences over the Islamic Republic’s nuclear energy program ahead of a November 24 deadline.

Last November, the two sides clinched an interim nuclear accord, which took effect on January 20 and expired six months later. However, both parties agreed to extend their talks until November 24 as they remained divided on a number of key issues.

Sources close to the Iranian negotiating team say the main stumbling block to resolving Western disputes over Iran’s nuclear issue is the removal of sanctions, not the number of centrifuges or the level of uranium enrichment.

In July, the US representative in nuclear talks, Undersecretary of State Wendy Sherman, testified that the White House would consult with Congress but did not need its approval to suspend sanctions against Iran.