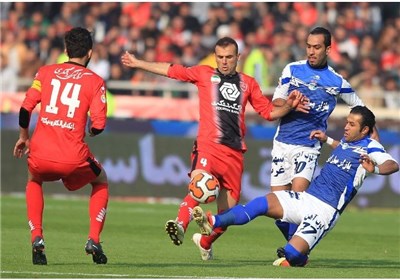 TEHRAN (Tasnim) – Tehran derby between Persepolis and Esteghlal in the Iran Professional League (IPL) has been postponed for a week.

The match was due to take place at the Azadi Stadium in Tehran on November 21.

Iran national team has been scheduled to meet South Korea in a friendly on November 18 and Esteghlal club has requested the Iran Football Federation to postpone the match for one week since the team has six players in the national team.

The eagerly-anticipated clash will be played on November 28.

Tehran derby is a football match between the two prominent Tehran clubs Esteghlal and Persepolis.