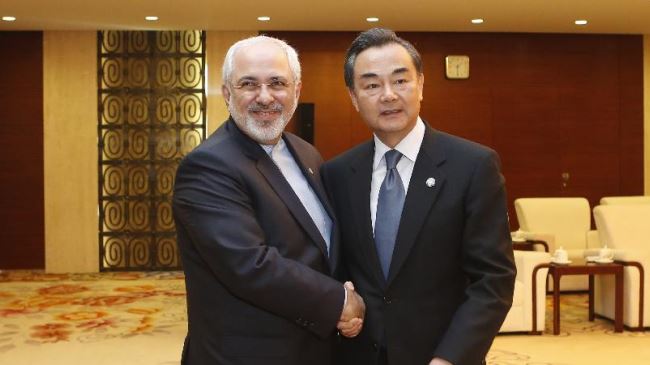 Iranian Foreign Minister Mohammad Javad Zarif says the Islamic Republic is very serious on reaching a deal with the P5+1 group of world powers over the country’s nuclear energy program.

“In the Islamic Republic of Iran, there has been a strong political will for [the conclusion of] an agreement and therefore Tehran is very serious in the talks to find a solution [to the nuclear issue],” Zarif told his Chinese counterpart Wang Yi in Beijing on the sidelines of the 4th Ministerial Conference of Istanbul Process on Afghanistan.

Iran and the P5+1 group of countries – the United States, France, Britain, Russia, China and Germany – are in talks to work out a final deal aimed at ending the longstanding dispute over the Islamic Republic’s nuclear energy program as a November 24 deadline approaches.

On bilateral relations, Zarif said promotion of cooperation with China on regional and international issues is a top priority for the Islamic Republic.

Iran and China share views with respect to a wide range of significant issues in the world, the top Iranian diplomat said, adding that Tehran seeks strategic ties with Beijing.

Wang, for his part, underlined Iran’s role in the reconstruction of war-torn Afghanistan, saying Tehran plays a key role in the Afghan issues.

He also hailed the growing strategic ties between Iran and China.

The Conference of Istanbul Process on Afghanistan was first launched in November 2011 to discuss regional issues, particularly encouraging security and political and economic cooperation among Afghanistan and its neighbors.

The third Conference of Istanbul Process on Afghanistan was held in Almaty, Kazakhstan, last April.