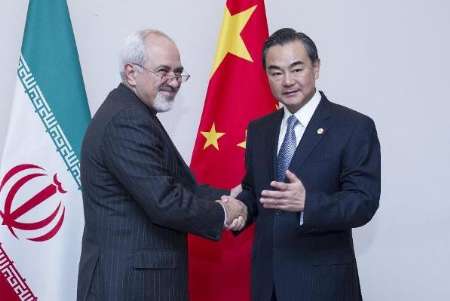 Beijing, Nov 1, IRNA – Foreign ministers of Iran and China in a meeting here on Friday stressed the need for expanding mutual relations.

Zarif was in Beijing to take part in the 4th Foreign Ministerial Conference of the Istanbul Process on Afghanistan.

Zarif described the one-day conference as a success and said Iran attached prime importance to cooperation with China in mutual, regional and international arenas.

Referring to the several points of view the two countries shared on international and regional topics, he said Tehran was for the establishment of strategic relations with Beijing.

Zarif also appreciated China’s positive role in Iran-G5+1 nuclear talks and stressed Tehran’s strong political will to get to a solution.

He further pointed to Iran’s important role in reconstruction process in Afghanistan.

The fourth Foreign Ministerial Conference of the Istanbul Process on Afghanistan was held in Beijing on Friday with participation of 21 foreign ministers and a total of 46 countries.

Istanbul Process has had 3 meetings so far, two of which were held in Turkey and one in Tajikistan.