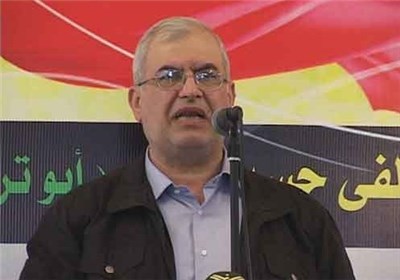 TEHRAN (Tasnim) – A ranking Hezbollah official described the Palestinian cause as the paramount concern of the resistance movement in Lebanon, criticizing certain Arab states for leaving the oppressed people of Palestine alone in the face of Israeli atrocities.

The Palestinian cause is the main aspiration in the attitude of Lebanon’s anti-Israeli resistance, Mohammad Raad, the head of the Hezbollah bloc in Lebanon’s parliament was cited as saying by Al Manar.

He further criticized certain Arab and Muslim states for refusing to deal properly with the Palestinian cause and leaving alone the Palestinian people who are suffering from Israel’s crimes.

“This comes while the Zionists violate Palestinians’ dignity and insult their sanctities, and even block their entry into the al-Aqsa Mosque,” added Raad.

His comments came after an escalation of violence in al-Quds (Jerusalem) after the Israeli regime temporarily closed the al-Aqsa Mosque and imposed restrictions on Palestinian worshippers.

Israel reopened the mosque compound for the Muslim Friday prayers, but restricted entry for Muslim men under the age of 50, following the rare closure due to clashes sparked by the killing of a Palestinian by police.