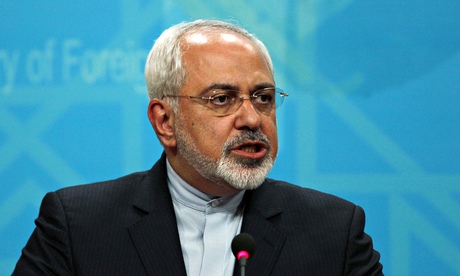 Iran’s Foreign Minister Mohammad Javad Zarif has warned against the rising threat of extremism on a global scale and urged a united effort to eliminate it.

“The sphere of extremism is expanding across the world, and to get rid of that, certain countries should change their views about this scourge,” Zarif told reporters at the end of the 4th Ministerial Conference of Istanbul Process on Afghanistan in the Chinese capital city of Beijing on Friday.

Zarif noted that the threat of extremism is not restricted to a specific region and underlined the need for a collective will to counter it.

Extremism and violence have become a major challenge facing Muslim countries, with Iraq, Syria, and Lebanon becoming the scene of deadly terrorist operations almost on a daily basis.

Elsewhere in his remarks, Zarif pointed to the latest achievements of the conference on Afghanistan and noted that, in the final statement, the delegates stressed the need for the reconstruction of Afghanistan, alternative development methods to be replaced with narcotics cultivation, and the eradication of terrorism as well as drug gangs.

The Conference of Istanbul Process on Afghanistan was first launched in 2011 to help promote coordination between Afghanistan and other regional countries to counter common threats, including terrorism and extremism. It brings together 14 countries as its members and around 30 others as supporting countries.

The third Conference of Istanbul Process on Afghanistan was held in Almaty, Kazakhstan, on April 26.