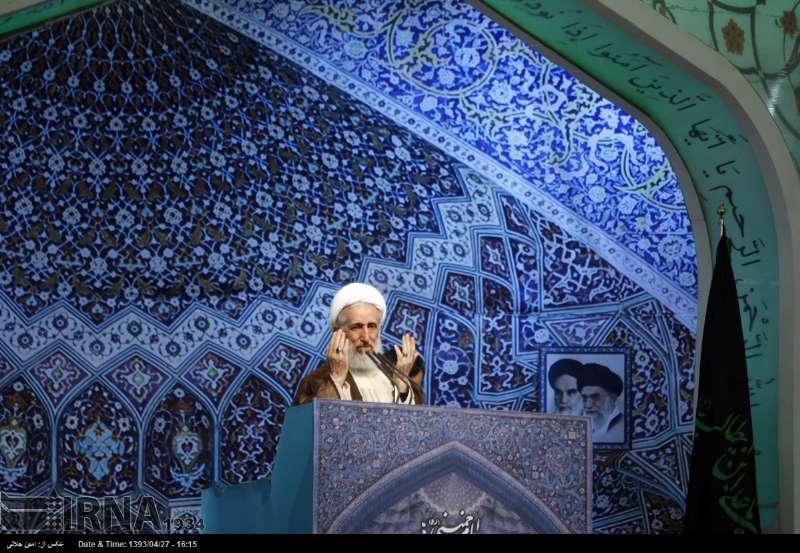 A senior Iranian cleric says the recent acid attacks against women in Iran are plots aimed at sabotaging a parliamentary bill empowering people to further promote moralities in the society.

“Some people are trying to create the impression that promotion of virtue and prevention of vice is to disrupt public security,” Kazem Seddiqi told worshippers at weekly Friday Prayers in Tehran.

Acid attacks are “a plot to overshadow the legislation on promotion of virtue and prevention of vice, which is a religious obligation,” he said.

Reports of a spate of recent acid attacks against women in the central city of Esfahan have sparked grave concerns among the Iranian public and led to widespread speculations in the press and social media.

Iranian authorities say security forces have arrested a number of suspects in connection with the attacks, but have not confirmed claims that the women were attacked because they were not dressed appropriately as required by the Islamic dress code.

Seddiqi also condemned the attacks as “acts against conscience, morality, Sharia (canon) and law,” calling on officials to firmly deal with the assaults.

In another part of his speech, he said that Iran’s 1979 Islamic Revolution triggered a campaign against the global arrogance.

“Following the takeover of the den of espionage (the US Embassy in Tehran) on November 4, 1979, a campaign was launched against hegemonic powers,” he said.

Seddiqi noted that Washington has created a “disgraceful record” for itself in its dealings with Iran and other nations.