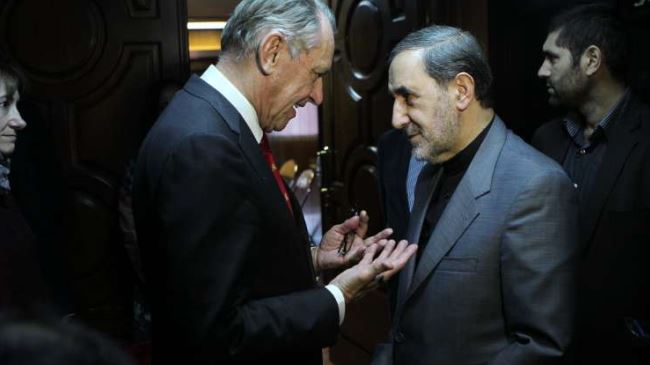 Iranian Foreign Minister Mohammad Javad Zarif and his colleagues have not crossed Tehran’s red lines in any way and pursued their activities within the framework of criteria set by Leader of the Islamic Revolution Ayatollah Seyyed Ali Khamenei, said Ali Akbar Velayati, a senior advisor to the Leader, on the sidelines of a meeting with UN Deputy Secretary General Jan Eliasson in Tehran on Thursday.

Eliasson, for his part, expressed hope that the talks between Iran and the five permanent members of the UN Security Council – the United States, France, Britain, China, Russia – plus Germany will eventuate in a comprehensive deal.

Touching upon the significance of finding a comprehensive settlement to the dispute over the Islamic Republic’s nuclear energy program for the UN and the global society, he noted that a settlement of disputes will help decrease tensions in the Middle East.

The remarks came as Iran and the six countries are holding talks to work out a final deal aimed at ending the longstanding dispute over the Islamic Republic’s civilian nuclear work as a November 24 deadline approaches.