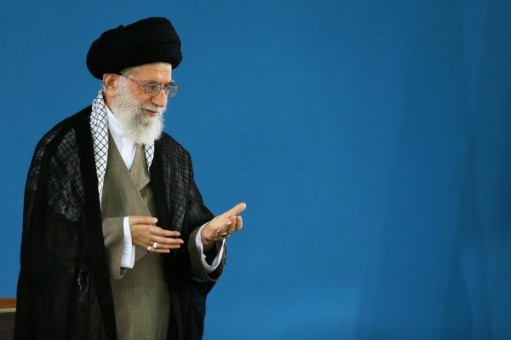 Many people are speaking about ISIL and the tragic events unfolding in Syria and Iraq.  Presidents, Prime Ministers, Generals and their Consuls speak every day about the crises, mostly without having constituents who can claim a direct stake in the ISIL threat and related issues.  Some, it seems, can hardly stop talking.  As for the rest of us mere mortals, all we can do is listen carefully, before deconstructing their contrived rhetoric knowing only too well that we will find neither truth nor “smoking guns” in their carefully scripted and fully vetted utterances.  Certainly there is little being said by the Western establishment which can be reconciled with what has in fact taken place in the region, let alone with what people of conscience are compelled by logic to deduce from such events.

But then there are those who, on the rare occasion when they speak, express themselves with supreme authority, clarity of purpose and unparalleled knowledge of what is actually happening.  They speak not to curry favour or win support for an agenda but to convey a message to those who are listening. When they speak, only the foolish fail to hear and take into account what they say.

When it comes to the unfolding regional crises in Syria and Iraq, no figure is less like the Atlantic World’s carefully groomed politicians, and no person speaks with greater sense of purpose, authority and clarity, than Ayatollah Seyyed Ali Khamenei who has been Iran’s Supreme Leader since 1989.

Ayatollah Khamenei has spoken about ISIL and the US-led Coalition’s military response in the region ostensibly, President Obama tell us, to “snuff out” the ISIL threat.

As ever, Atlantic World’s “Ziopatic” corporate media is once again doing the public a disservice by failing to fairly represent or address the substance of Iran’s position and what, in practical terms, it means for the region.

Instead, so-called news outlets like the Daily Mail, Jerusalem Post, Reuters, the New York Times, the Huffington Post, The Times of Israel, the International Business Times and other media outlets chose to run minor stories which, without even the pretence of diplomacy or respect, set out to ridicule one of the world’s most powerful and longest serving National leaders. Needless, no effort whatsoever has been made by these media outlets to factor in allowances for nuances of meaning inherent in translating from the Persian to English or for idiomatic differences between political expressions in Iran and the English speaking world.

Despite the unrivalled authority vested in the Leader and despite Iran having a legitimate direct stake in the ISIL phenomena threatening the region, the Western corporate media has again exposed its own bias, hubris and foolishness by glossing over the Ayatollah’s speech. Those reports which have been published clearly aim to ridicule Iran’s position by juxtaposing selected extracts from the Leader’s speech with political rhetoric from far less authoritative talking heads aligned with the US-led coalition.

If we look at the Ayatollah’s comments, without being distracted by adjectives like “evil, wicked and sinister” which many Western pundits invoke as somehow justifying  their outright dismissal of  anything said by Ayatollah Khamenei despite the far more provocative rhetoric routinely used by Atlantic World political leaders, it becomes clear that in fact his position is neither obtuse nor contrary to views expressed by many western political insiders and  mainstream critics of Atlantic World policy in the region.

Bearing in mind that the Ayatollah’s primary audience was the Islamic world, he was in reality restrained and diplomatic when he said, in effect, that the US-led coalition’s efforts to confront ISIL are disingenuous and, after carefully considering their actions and rhetoric, it is apparent that both the UK and the US aim to foster conflict among Muslims rather than to confront the terrorism which has emerged as a result of their own policies in the region.

His comments about Iran’s refusal to join the US-led coalition were clearly intended as a response to mischievous claims being made in connection with the Paris Conference by US officials like Secretary of State John Kerry.  After all, as Ayatollah Khamenei asked his wider audience, “how is it possible for Iran to cooperate with the Americans when their intent and hands are not clean?”

Unlike provocative statements made by Saudi Arabian officials in response to the Ayatollah’s speech, he did not expressly impugn the nations which are part of the wider Islamic Ummah and instead called for unity while denouncing both sectarianism and terrorism.  It is astounding that this principled statement of position has not been highlighted and applauded by the Western media.

English reports – which like any translation are inherently imperfect – of the Ayatollah’s address, include the following:

“A careful and analytical look at developments reveals that the US and its allies, in efforts that are falsely termed countering  Daesh [ISIL], seek to create division and enmity among the Muslims rather to destroy the root causes of that [terrorist] current.”

“They created al-Qaida and Da’esh [ISIL] in order to create divisions and to fight against the Islamic Republic, but today, they [the US & UK] have turned on them.”

“America, Zionism, and . . . Britain  have sharply increased their efforts of creating divisions between the Sunnis and Shia.”

“Shias and Sunnis must know that any action or remark, including insulting one another, leads to increased sensitivities and ignite flames. This will certainly benefit the common enemy of all Muslims.”

“If anyone fuels the fire in this regard [the so-called fight against the ISIL], he or she will definitely be helping America and Britain which are the creators of the ISIL and al-Qaeda.”

“Shias and Sunnis shouldn’t help the enemy by desecrating their sanctities and provoking one another’s sentiments,” the Leader underlined.

What remains unclear is whether Ayatollah Khamenei is saying that Daesh/ISIL was “created” by the US and the UK in the sense that the insurgency franchise was deliberately established through “black ops” and is directly or indirectly controlled as proxies, or whether he is saying only that ISIL was the inevitable, foreseeable and therefore presumably intended consequence of US/UK policy in the region and their support for Syrian insurgents.

The great irony is that the Ayatollah’s speech echoes what is being said by many mainstream pundits in the US and elsewhere.  Certainly there is no shortage of Atlantic World politicians, analysts and media pundits who share Ayatollah Khomeini’s view that comments made by US officials about the coalition forged to battle ISIL are “absurd, hollow and biased.”

It is apparently lost on the west’s Ziopatic media, that by ridiculing rather than responding to the substance of the Ayatollah’s allegations, they are ironically confirming them.

Unfortunately the public, at least in the US, has become so “dumbed-down” that most individuals do not have even a 7th grade understanding of the world. In that regard, a recent Pew Research Center survey found that many Americans think either Hosni Mubarak or David Cameron is the prime minister of Israel. Sadly, with the massive propaganda effort being made by the corporate press, it seems almost inconceivable that American’s can be swayed away from their contrived and ill-informed opinions with simple tools like facts, logic and principles.