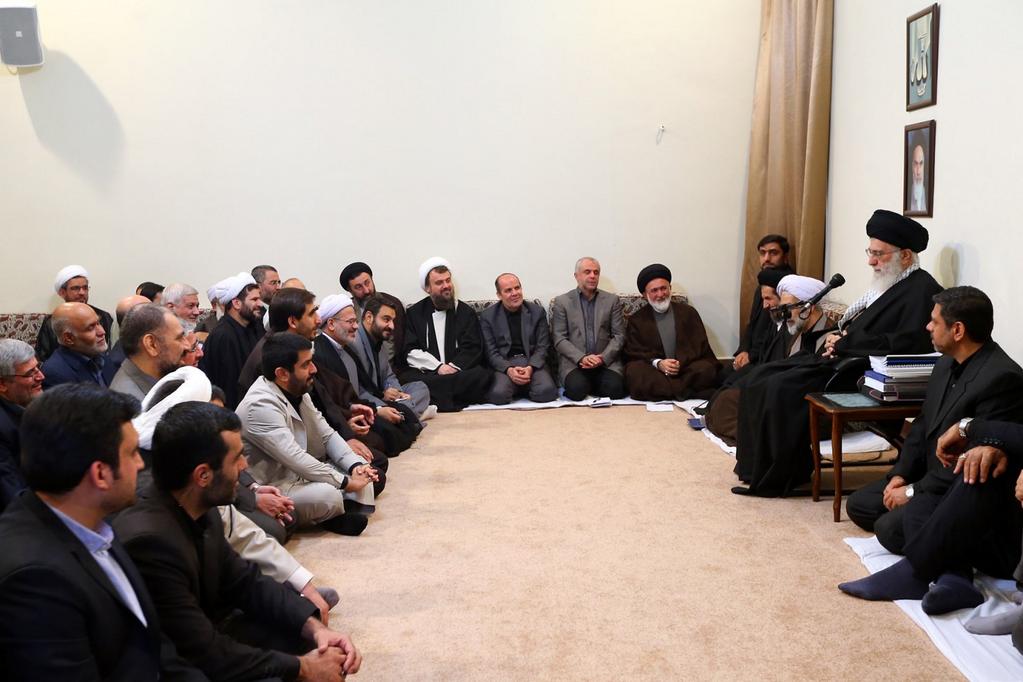 TEHRAN (Tasnim) – Supreme Leader of the Islamic Revolution Ayatollah Seyed Ali Khamenei described the unity among the Muslim nations as Iran’s “official policy,” warning that the enemies of the Islamic Ummah plot to create a rift between Iran and the Islamic world.

“Unity and fraternity among the Muslims is one of our religious principles and the Islamic Republic has been straightforward in this regard,” the Leader said in an address to a gathering of Hajj officials in Tehran on Tuesday.

The Supreme Leader, however, explained that Islamic unity does not require different Islamic sects to change their religious beliefs, but “it means that Muslims should avoid hostility and support each other in the face of major international issues.”

Ayatollah Khamenei also hailed late founder of the Islamic Republic, Imam Khomeini, for his initiative to declare “Islamic unity” as Iran’s official and explicit policy, noting that enemies of the Muslim unity want to violate that clear policy by “creating a wall between Iran and the world of Islam.”

The Leader then urged concerted efforts to destroy that wall, and referred to the Hajj rituals as a perfect opportunity to coordinate such attempts.

The Hajj is an Islamic pilgrimage to Mecca and the largest gathering of Muslim people in the world every year.

The pilgrimage occurs from the 8th to 12th of Dhu al-Hijjah, the 12th and last month of the Islamic calendar.