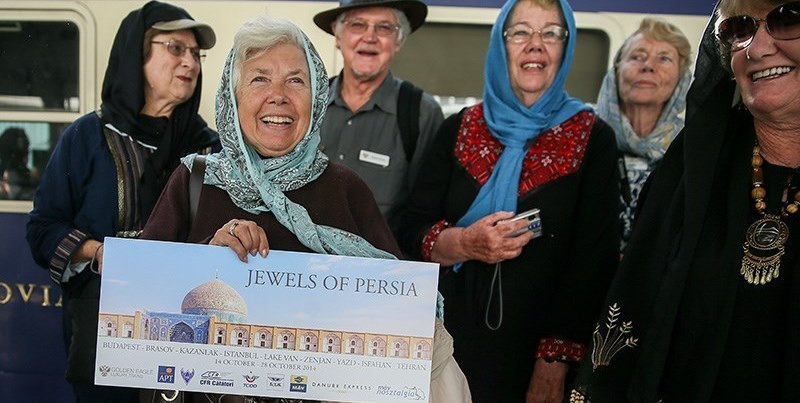 On train from Budapest to Iran: Western tourists discover ‘Jewels of Persia’

TEHRAN – A luxury train filled with Western tourists pulled into Tehran on Monday, after an almost two-week journey from Budapest taking in Iranian cities that reportedly cost up to $31,000 a head.

Around 70 passengers, mostly from Britain and Australia, visited the cities of Isfahan, Shiraz and Yazd before reaching the Iranian capital where the travellers will spend two days before flying home.

The “Jewels of Persia” tour left Budapest on October 15 with the organisers billing it a five-star experience in 13 lavishly decorated, wood-panelled 1950s carriages.

En route for Iran on the Golden-Eagle-Danube Express train, operated by Hungarian Railways, the passengers passed through Romania, Bulgaria and Turkey.

Another 12 trips are scheduled for next year — eight leaving Budapest and four departing Tehran — with the price of the most expensive tickets jumping to $37,000.

The number of foreign visitors to Iran has risen sharply since the election last year of President Hassan Rouhani whose government wants to boost tourism.

“In every city, every town we’ve seen people to be very friendly,” said Bob, a retired pharmacist from Adelaide, who had made the trip to Tehran with his wife Janet.

“You get the wrong impression (of Iran) from newspapers,” he said of media back home. “They give the wrong side.”