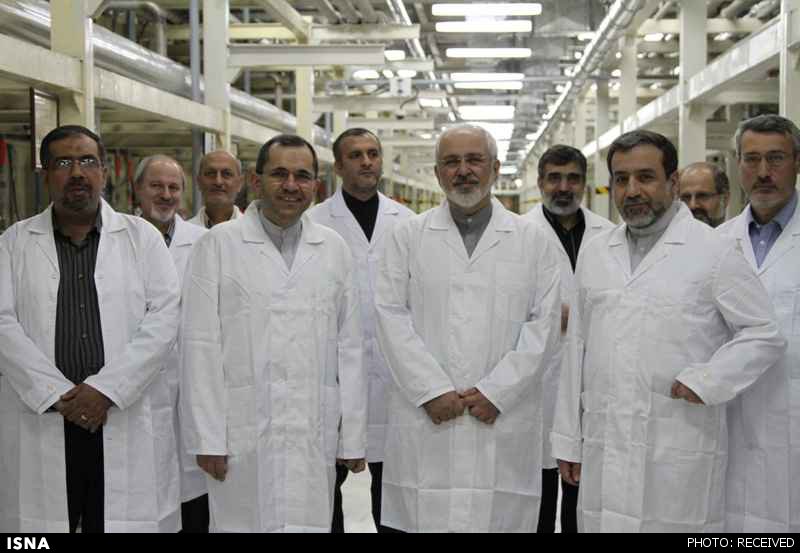 Zarif, also the chief Iranian nuclear negotiator, made the remarks while he and other members of Iranian negotiating team were visiting Natanz and Fordo nuclear facilities in central Iran.

During the visit, the foreign minister got familiar with the latest achievements in the area of nuclear technology.

Now it is more than a year that Zarif is leading the Iranian negotiating team at the talks with the six world nations, known as the P5+1, to find an end to the decade-long dispute over the Iranian nuclear program.

After the two sides failed to reach a comprehensive agreement by the July 20 deadline set under the terms of Geneva Accord struck on November 24, 2013, they extended the deadline for another four months.

Now, Iran and the P5+1 have to agree on the final deal in less than a month, by November 24.

Iran says will not extend the deadline and president Hassan Rouhani told the European diplomats in Tehran on Monday that it is likely to strike a comprehensive deal before the deadline if the western governments show determination to do so.