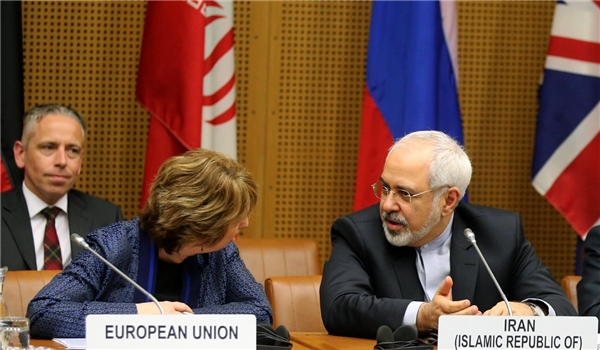 Negotiations with Iran over the future of its nuclear program have not even concluded yet some members of Congress are preparing to manufacture a political crisis over a deal. Their beef? President Barack Obama may initially bypass Congress and suspend sanctions imposed on Iran to make a deal possible and only later ask lawmakers to end them permanently when it is determined that Iran has complied fully with its obligations under the deal.

Of course, many of the lawmakers complaining about the potential presidential end run voted to give him the right to waive sanctions when they passed sanctions legislation in 2010 and 2011. And, of course, only Congress can lift the sanctions permanently, so there wouldn’t be any circumventing to begin with.

So what’s really going on?

It’s very simple: If you prefer war with Iran over a deal with Iran – even one that would prevent it from building a bomb — your best and possibly last opportunity to kill the deal is immediately after the nuclear talks have concluded. That’s when distrust of Iran’s intentions will remain pervasive and when its commitment to carry out its side of the deal will still have to be demonstrated. Former House Majority Leader Eric Cantor pursued this tactic in January after an interim agreement was reached in November last year.

In the middle is the Obama administration, which is seeking a path that would make the deal durable by offering Tehran reversible economic relief at the outset of the deal with a promise to make it permanent once Iran has fully delivered on its end of the bargain.

And that is precisely what congressional opponents fear: Obama’s strategy will persuade the Iranians to accept significant limits to their nuclear program, allow   inspectors to roam its nuclear facilities and cooperate with the International Atomic Energy Agency on compliance — paving the way for a final nuclear deal and permanent sanctions relief for Iran.  Such a scenario would undermine congressional opposition because the Iranians would be allowed to prove over at least the course of a year that they are a trustworthy partner living up to their commitments under the deal. A vote soon after a deal is struck in November would keep distrust alive.

The taming effect of Obama’s diplomacy with Iran on Congress was visible in July.  When the nuclear talks failed to reach an agreement, negotiators extended them for four months. Most lawmakers expected the extension would open the door for the hawks to derail the process by pushing new sanctions. But unlike the sanctions gambit in January, the new legislation was designed so as not to violate the interim accord, which would have given Tehran a pretext to exit the negotiations and  undermine the ongoing diplomacy.

Yet contrary to expectations, the four-month extension did not generate a political showdown over diplomacy and sanctions. Three factors explain why the hawks ended up losing the fight even before it began. First, the focus of the hawks was divided between the interim deal and defending Israel over its war with Hamas. Second, supporters of the president’s diplomacy had prepared the ground in Congress and mobilized resources in defense of it. And third, and perhaps most important, the interim nuclear deal had been a success.

According to all accounts, the Iranians had delivered on all their promises and commitments. They had not dragged their feet. They had not tried to cheat. Six months of continued good news had cleared much of the poison out of the atmosphere in Congress and rendered anti-Iran measures far more difficult to pass.

The hawks in Congress have learned their lesson. They now fear more good news coming out of the nuclear talks in Vienna. To kill these negotiations and pave the way for war, they need a vote now. Not later.