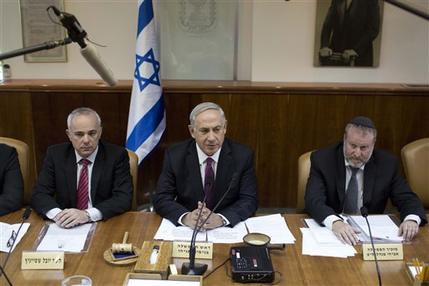 JERUSALEM (AP) — The Israeli government is advancing construction plans to build about 1,000 housing units in parts of Jerusalem that Palestinians demand for their future state, a government official said Monday, amid heightened tensions in the holy city.

A government official said the plans also include building infrastructure in the West Bank that will be used by Palestinians as well as Israelis. He spoke on condition of anonymity Monday because he was not authorized to talk to media.

The Palestinians seek east Jerusalem – home to the city’s most sensitive holy sites for Jews, Muslims and Christians – as their future capital and oppose any Israeli construction there.

Israel has said all of Jerusalem will forever be its capital, citing historical, religious and security reasons. But the international community, including the United States, does not recognize Israel’s annexation of the eastern sector of Jerusalem.

The housing announcement could flare already soaring tensions in east Jerusalem, which has been the scene of violent unrest for months, including near-nightly clashes between police and Palestinian youths who have thrown rocks, firecrackers and sometimes fire bombs at passing vehicles and at Israelis living nearby.

Tensions have been high since June, when three Israeli teenagers were abducted and killed by Palestinian militants in the West Bank. Israeli extremists retaliated by abducting and killing a Palestinian teenager in east Jerusalem, sparking riots. The abductions set off a series of events that led to the 50-day Gaza war.

Last week, a Palestinian drove his car into a Jerusalem train station, killing a three-month-old Israeli-American baby girl, Chaya Zissel Brauna, and wounding several other people. On Sunday, a 22-year-old Ecuadorean woman also died of her wounds sustained in that attack.

The car’s driver, identified as Abdel Rahman al-Shaludi, was a Palestinian from east Jerusalem who had served time in prison for militant activities. He was shot by police as he tried to run away and later died from his wounds.

The last few months have also seen clashes at Jerusalem’s most sensitive holy site between Palestinian stone throwers and Israeli police, adding to the tensions.

“This plan will lead to a serious crisis in Israel-US relations and will harm Israel’s standing in the world,” Lapid said. The U.S. has condemned similar Israeli construction in the past.

The administration is still miffed over negative comments Yaalon made about U.S. Secretary of State John Kerry’s Mideast peace efforts and nuclear negotiations with Iran.