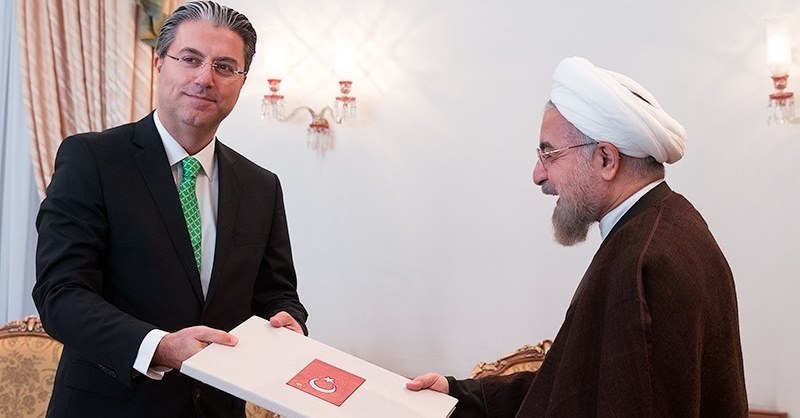 “Setting up the first high strategic council between Iran and Turkey can be a wide stride to consolidate the bilateral ties,” President Rouhani said in a meeting with Turkish Ambassador to Tehran Reza Hakan Tekin on Monday.

The Iranian president pointed to the strong determination of Iran and Turkey to increase the value of their trade exchanges to $30 billion by 2015, and said, “We should reach the desired volume in economic relations by removing the remaining executive and trade obstacles.”

The Turkish ambassador, for his part, reiterated that he would make his utmost efforts to resolve the problems and find ways to boost the bilateral relations.

“The Iranian president’s insight and behavior has greatly influenced the direction of the two countries’ relations, that have sometimes seen some ups and downs, and redirected these ties to the right path,” Hakan Tekin said.

The Turkish envoy underlined that Tehran and Ankara need further consultations to resolve their problems, and said that a visit to Tehran by Turkish President Recep Tayyip Erdogan could play an important role to this end.

He said the Turkish president is willing to have a trip to Iran by the yearend.

Iran and Turkey have in recent years increased their cooperation in all the various fields of economy, security, trade, education, energy and culture.