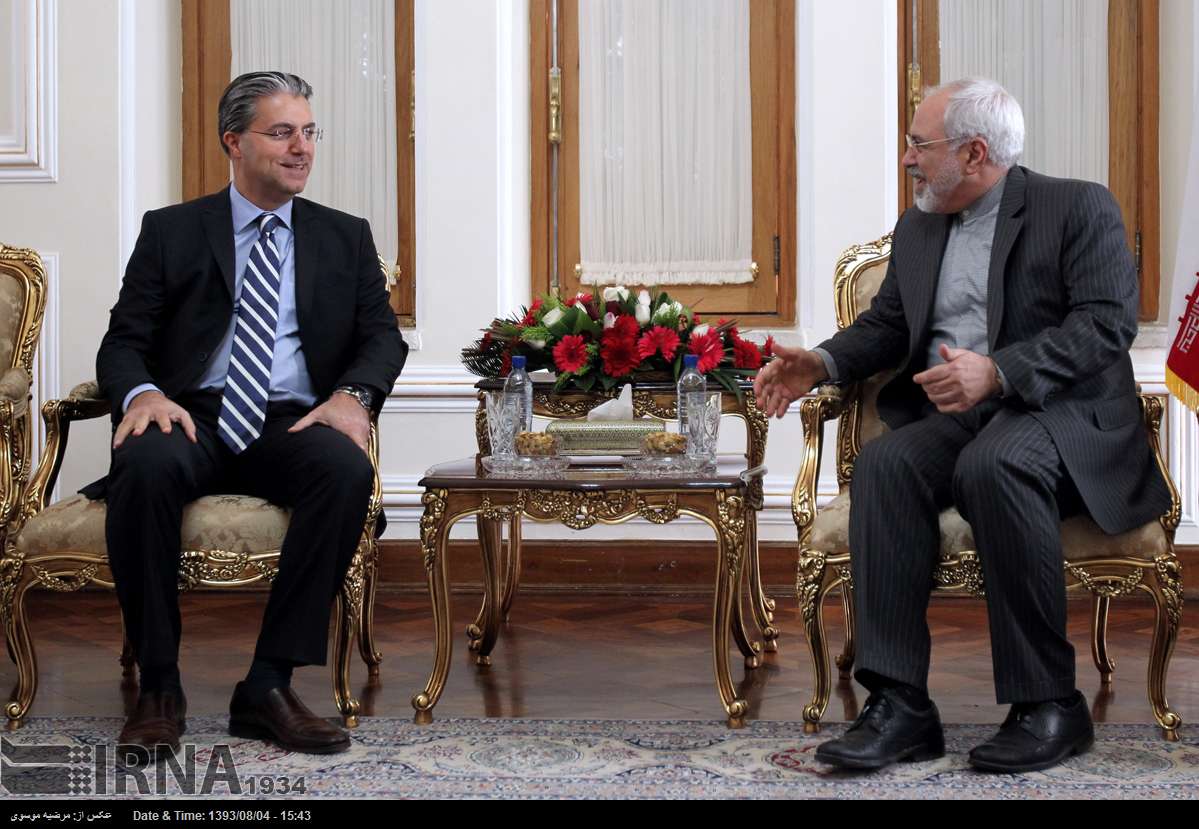 TEHRAN (FNA)- Iranian Foreign Minister Mohammad Javad Zarif and Turkish Ambassador to Tehran Reza Hakan Tekin stressed the need for both Tehran and Ankara to coordinate efforts to put an immediate end to the regional disputes.

Speaking in a meeting with the Turkish diplomat, Zarif underlined that relations between the two countries are excellent, expressed the hope that Tehran-Ankara cooperation would witness further expansion in near future.

He further voiced concern over complicated security situation in the region, and called for close cooperation among countries in the region to form a united front against extremism and terrorism, particularly against the ISIL terrorists in Iraq and Syria.

The top Iranian diplomat said that the regional nations have faced many challenges and the only way to resolve them is establishment of close cooperation and consultations.

The Turkish new ambassador, for his part, expressed satisfaction over his visit to Iran and said there exist ample of untapped capacities to develop economic cooperation between the two countries.

He underscored that the ISIL terrorist group is a great threat against Turkey’s national interest and the country has suffered from the Takfiri terrorism.

Trade between Turkey and Iran stood at $22bln in 2012 before dipping to $14.5bln in the following year due to the economic sanctions imposed on Tehran by the West.

They have been carrying out horrific acts of violence, including public decapitations and crucifixions, against all Iraqi communities such as Shiites, Sunnis, Kurds, Christians, Ezadi Kurds, and others.

The ISIL has also occupies large areas in the Eastern provinces of Syria, and is currently trying to occupy Kobani an town in North Syrian bordering Turkey, but the ISIL terrorists’ efforts have been faced failure due to Kurdish forces’ resistance in the town.