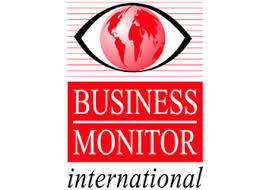 Iran on the verge of fuel independence

According to Business Monitor International (BMI), Iran is close to self-sufficiency in refined fuels.

Iran has traditionally been a net importer, notably of gasoline, to meet domestic demand. However, international sanctions have restricted the country’s ability to import the requisite amounts of fuels. As a result, the country embarked on plans to increase its refining capacity in order to reduce its dependence on imports.

As a result of capacity expansions, almost all of Iran’s demand for fuels was met by domestic production in 2013. According to BMI’s refined product production, consumption and trade data, BMI estimates that Iran even had a small capacity for fuels exports in 2013. While the country remains dependent on small gasoline and diesel imports, net gasoline imports in 2013 averaged only 33 000 bpd. This compares to refined product imports of 182 000 bpd in 2009, of which two thirds was gasoline (approximately 132 000 bpd).

In addition to refining capacity increases, the country’s import dependence has also decreased thanks to fuel subsidy cuts, reports BMI. Increasing pressure on the government budget saw Iran initiate the first phase of the subsidy reform at the end of 2010, decreasing the subsidies on energy prices and subsequently stemming consumption.

BMI holds that subsidy reform will be crucial to optimize Iran’s fiscal situation as government revenues from oil remain restricted due to sanctions. According to the IMF, Iran will need an average oil price of US$ 153.4/bbl in order to meet its fiscal needs. The year to date average Brent price is approximately US$ 107.5/bbl.

BMI expects the subsidy cuts to result in a slight decrease or stagnation in fuel demand over the rest of 2014 and early 2015, but the demand growth should return past 2015, largely pulled up by the continued rise in the number of gasoline consuming cars in the country.

BMI holds that most of the above projects will not come online under the current sanctions regime. Most of the initial project contractors, consultants and licensees were European and American companies, which withdrew from Iran when sanctions were implemented. In addition, Iran’s fiscal situation under the current sanctions regime is difficult, leaving little finances available for such large scale projects.

However, Iran’s increasing need for gasoline should see through the completion of the first phase Persian Gulf Star refinery by 2016 – 2017 and see increased gasoline production capacity at other refineries, while reducing heavier fuels production. According to the Oil Ministry, the construction of the Persian Gulf Star refinery is 75% complete, with the first 120 000 bpd phase planned for completion by 2016. Given the refinery will largely focus on gasoline production, which Iran requires to maintain its newly acquired status of gasoline self-sufficiency, BMI believes that the first phase will likely materialize.

While delays are likely, BMI have factored in a 120 000 bpd refining capacity increase in 2017, with upside risk should further phases or planned refinery expansions materialize. Business Monitor therefore expects refined fuels, and notably gasoline production to increase in 2017 – 2018.