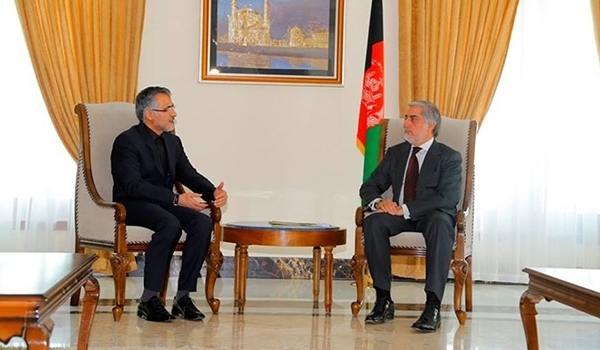 Abdullah further called for promotion of Kabul-Tehran all-out cooperation, and expressed the hope that Tehran would continue assisting Afghan refugees in Iran.

Bahrami, for his part, congratulated the Afghan official for formation of Afghanistan’s new unity government.

The envoy said Iranian government is seeking to reinforce relations with its neighboring countries, Afghanistan in particular.