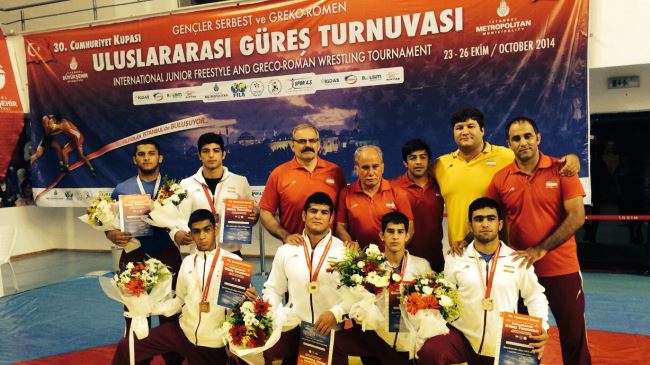 On Saturday, day two of the competitions in the Turkish city of Istanbul, Iran’s freestyle athlete Mohammad Namjou-Motlaq was downed by his Bulgarian opponent in the last encounter of men’s 55-kilogram weight category and collected the silver medal.

In the 74-kilogram category, Amir Hossein Lorestani won his final bout against a representative from Russia to take home the gold medal.Also

Seyyed Iman Hosseini overpowered a Turkish freestyle wrestler in his last combat of 120-kilogram class, and clinched the gold.

The 2014 Cumhuriyet Youth Wrestling Tournament started in the Turkish city of Istanbul on October 24, and will run until October 26. Dozens of wrestlers from various countries, including Bulgaria, Georgia, Hungary, Iran, Russia and Turkey, have taken part in the tournament.