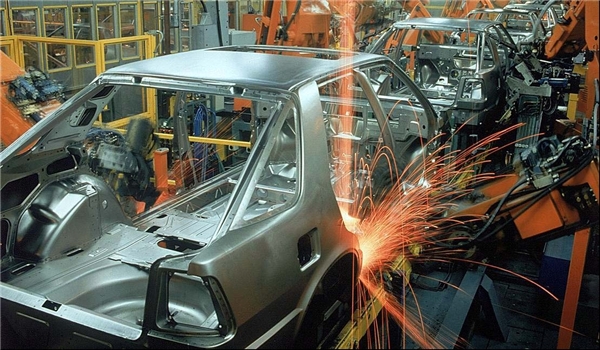 Tehran, Oct 26, IRNA – Compared to times not in the too distant past, Iran’s huge auto industry is going through a strange phase. On the one hand the big manufacturers are trying to meet market demand by raising output, on the other some buyers remain unimpressed and unenthusiastic, waiting for a better deal both in terms of quality and price.

Big names such as Iran Khodro and Saipa are struggling to boost production and make up for last year’s whooping 50% decline in production in the first six months (March- August 2013) due to the international economic/banking sanctions and financial constraints, writes the Financial Tribune daily.

However, higher production has come at a cost: a pattern of higher prices for would-be buyers.

In light of increase in factory costs, the so-called Competition Council has given in to the demands of the auto giants and increased domestically-produced car prices by 5.5%. The council’s decision was hardly unexpected and soon resulted in strong protests from the buyers and open criticism from members of the parliament.

Needless to say, most if not all lawmakers and car buyers are unanimous in their opinion that the cars manufactured inside the country simply ‘do not give value’ for the money while at the same time the quality is more often than not below internationally-acceptable levels.

While the increase in prices was inevitable because of the galloping inflation, cuts in energy subsidies and the unjust sanctions that also hurt auto companies, the higher prices enabled manufacturers to increase production and sort of restore some balance between demand and supply.

Iran has been under US-led economic and banking sanctions for almost four years. The western world claims Tehran is trying to develop an atomic weapon under the guise of its civilian nuclear program. Iran has denied the claim and at the highest levels of power has declared that its nuclear program is geared to peaceful.

Twist and turns in the multi-billion-dollar industry do not end here and experts believe some more shocks could be in the pipeline if and when the sanctions are lifted by the end of the year.

What was unexpected and has caused concern among manufacturers is the visible public apathy to the high-priced and low-quality products. In the absence of attractive lending facilities and loans by banks, buyers have little option but to look at their own pockets if they want a new automobile. For the common man the prospect of buying a new locally-made car is a challenge, few can meet.

A senior manager of the auto industry told the Persian economic daily Donya-e-Eghtesad that he is indeed skeptical whether demand could match supply should the auto companies accomplish the highly-publicized target of producing 1.2 million cars by the end of the year (March 2015) proposed by the ministry of industry.

In the 1980s there was one car for every 18 Iranians, today it said to be one for every five, which the manager said was ‘satisfactory considering the peoples’ purchasing power, which is a distant cry from countries where for every two people there is one car.’

The manager, who did not want to be identified, opined that in the present sluggish climate raising production would not produce the desired results or put an end to the dilemma of the auto giants. From his vantage point lending facilities and/or installment buying from manufactures could help woo customers as was the case in 2011-12 when some lucrative offers were made by the car companies that led to higher sales, albeit in the absence of exports.

Once Among the Top

Since the early 2000 up until a year ago, automobile production in Iran has grown exponentially. Production crossed the 1 million mark in 2007/2008. Today, Iran is the 18th largest automaker in the world and one of the largest in Asia, with annual production of more than 1.6 million. In 2009 it ranked fifth in car production growth standing next to China, Taiwan, Romania and India.

As of 2001, there were 13 public and privately owned automakers in Iran of which two – Iran Khodro and Saipa – accounted for 94% of the total domestic production.

As the debate over the future of the key auto industry continues unabated (the auto and oil industries are the two biggest employers in Iran), the primary question auto manufacturers need to tackle is how to forge a balance between the regularly rising prices and the systemic decline in the purchasing power of the masses.

One possible scenario they could well be compelled to consider in the months ahead is to cut production costs, comments the FT report. Failing to stabilize prices and refusing incentives (loans, credits, installments…) to buyers, irrespective of the reasons, is a luxury the companies and their backers cannot afford.