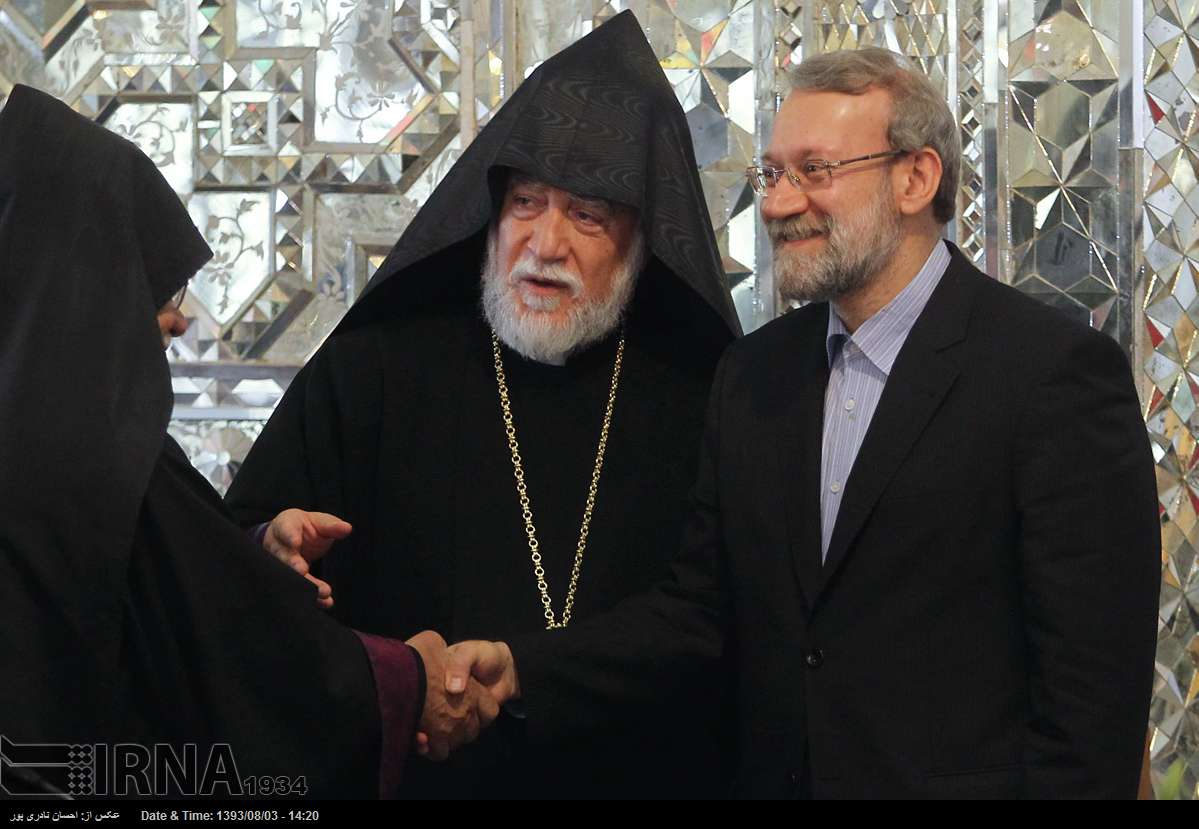 TEHRAN, Oct. 26 (MNA) – Iran’s Parliament Speaker Ali Larijani met with Catholicos Aram I the head and Catholicos of the Great House of Cilicia in Lebonan in Tehran on Saturday.

In regard to regional developments, Larijani deemed the reinforcement of terrorist groups by the world powers as the greatest current issue in the region and said, “these terrorist groups have been causing problems for all followers of divine religions and will not show mercy to any of them.”

Catholicos Aram I, for his part, expressed appreciation for Iran’s support for the Armenian community and said, “Armanians in Iran enjoy plenty of freedom and hold long-standing close relations with the Muslim majority in Iran.”

He considered terrorism a global catastrophe and the main concern of all nations and said, “terrorist movements are abusing divine religions for their own purpose.”

He also deemed Iran’s role in countering terrorism in Syria, Iraq and Lebanon important and effective and said, “all countries must acknowledge Iran’s prominent and constructive role in combating terrorist groups in the region.”