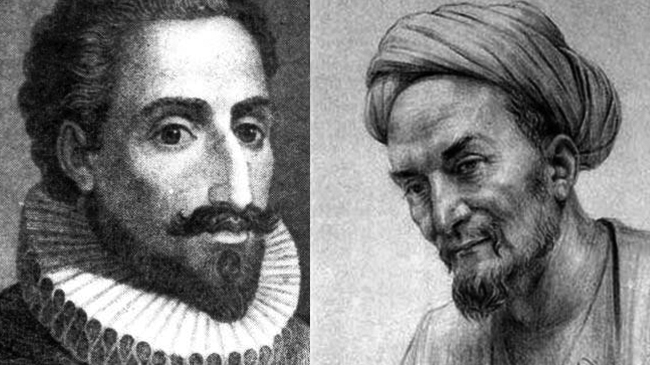 Spain is scheduled to host a joint literary conference on the life and works of Persian poet Sheikh Sa’adi and Spanish classic author Miguel de Cervantes.

The gala will be held in the Complutense University of Madrid on October 28-29, said Deputy Director of Iran’s Book City Institute Ali Asghar Mohammad Khani.

Organized by Tehran’s Book City Institute, the first round of Iran and Spain joint literary meetings was held in Tehran on April 15-16.

Spain and Iran have many commonalities in various areas such as philosophy, culture, music and literature, Mohammad Khani said, adding that the seminars highlight the similarities of two cultures.

“Similar views are seen in works of the great classical Persian poet Sa’adi and the renowned Spanish literary master Cervantes,” he stated.

There are many Persian translated works of Spanish writers particularly penned by Cervantes but few Persian literary works have been translated into Spanish.

Miguel de Cervantes was a Spanish novelist, poet, and playwright whose masterpiece Don Quixote is known as a classic of Western literature.

Published in two volumes, in 1605 and 1615, Don Quixote is considered the most influential work of literature from the Spanish Golden Age and the entire Spanish literary canon.

Born in 1194 CE, Sa’adi is best-known for his books Boustan and Golestan, which present a peculiar blend of human kindness and cynicism, humor, and resignation in the form of stories and personal anecdotes.

His proficiency in Persian literature confers on him the title ‘Master of Prose and Poetry’.

Sa’adi is known world-wide for one of his aphorisms, which adorns the entrance to the Hall of Nations of the United Nations building in New York.