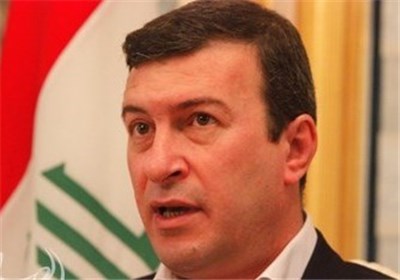 Iraq to tighten security in Karbala with pilgrims’ influx: Official

TEHRAN (Tasnim) – Governor of Iraq’s Karbala unveiled plans on Sunday for a significant increase in the number of security forces in the city to ensure safety of pilgrims who would travel there to perform mourning rituals in commemoration of Shiite Imam Hossein (PBUH).

Speaking to the Tasnim News Agency on Sunday, Karbala Governor Aqil al-Turaihi said the number of security forces in the holy city will increase to 40,000 during the religious ceremonies in the lunar month of Muharram.

The official also gave an assurance that the terrorist groups would not even “dare to near” Karbala during Muharram mourning rituals.

The mourning rituals, which start with the Islamic lunar month of Muharram (begins on October 26 this year), are more magnificent in Karbala, where the holy shrine of Imam Hussein is located.

Elsewhere in his comments, Turaihi touched on last week’s terrorist blasts in Karbala, blaming the incident on the failure of British-made bomb detectors used by the Iraqi forces.

“Unfortunately, the bomb-detection equipment, purchased from a British company, do not work and are not able to detect the hidden bombs,” he noted, adding that application of those devices are now halted.

The security forces have been ordered to check the individuals and vehicles personally, the Iraqi official added.

On October 20, three separate car bombs went off simultaneously near government offices in the holy city of Karbala, killing at least 16 people and injuring 40 others.

There has been a rise in bomb attacks by the Islamic State in Iraq and the Levant (ISIL) terrorists in the Arab country recently, claiming scores of lives.