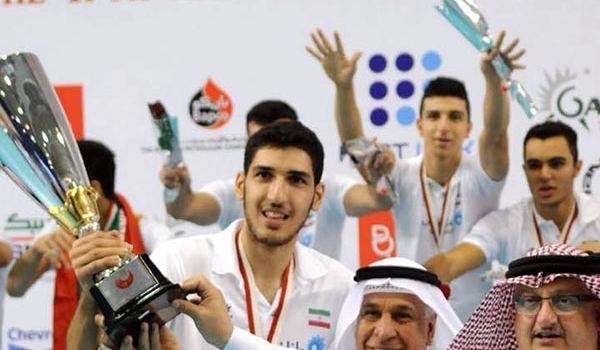 TEHRAN (FNA)- Iranian Youth Volleyball team thrashed China in their final match and won the title of the 17th round of Asian Championship in Bahrain.

Beating china 3-0 on Saturday, the team managed to gain the win the gold medal in the tournament.

The four teams all make it to next year’s FIVB Boys’ U19 World Championship in Mexico.

The 17th Asian U20 Men’s Championship opened in Bahrain on October 17, and wrapped up on October 25.

Pool A consisted of Bahrain, the Maldives, Saudi Arabia and Thailand. Chinese Taipei, Japan, Kazakhstan, Kuwait and Uzbekistan were in Pool B, while China, New Zealand, South Korea and Sri Lanka made up Pool C.

Iran had been drawn in Pool D along with Hong Kong, India, Qatar and Turkmenistan.