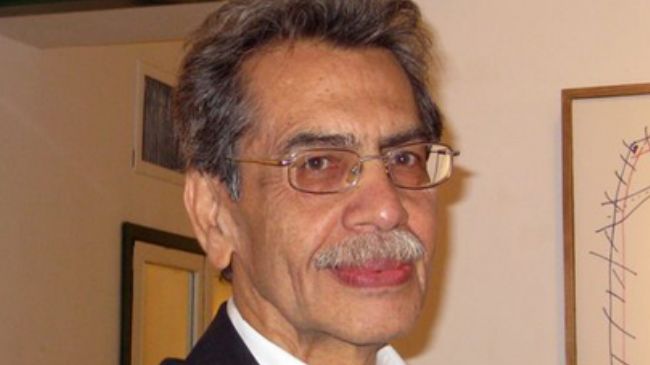 Veteran Iranian cartoonist Kambiz Derambakhsh is slated to be honored with France’s most prestigious award, the National Order of Merit.

The celebrated Iranian artist will receive the award, dubbed in French Ordre National du Mérite, for his lifetime achievements in visual arts at the French Embassy in Tehran on Sunday.

His works of art were also showcased at the Modern Art Museum and the Nicolas Flamel Gallery in France as well as the Frankfurt Municipality Hall in Germany.

In 2013, the Michel Lafon Publishing in France released a selection of works created by Derambakhsh over the past 35 years in the form of a book.

Derambakhsh is known for his talent to find obscure themes for his creations and has received many awards at international competitions, including the grand prize of Japan’s Yomiuri Shimbun competition in 1998.

He was also awarded in international contests held in Switzerland, Turkey, Brazil, Germany, Yugoslavia and Italy, and honored during the closing ceremony of the 25th edition of the Aydın Doğan International Cartoon Competition in Istanbul in 2008.

France has honored a number of Iranian artists and scholars such as Abbas Kiarostami (filmmaker), Leila Hatami (actress), and Pari Saberi (theater director) with France’s highest decoration, the Order of Légion d’Honneur.