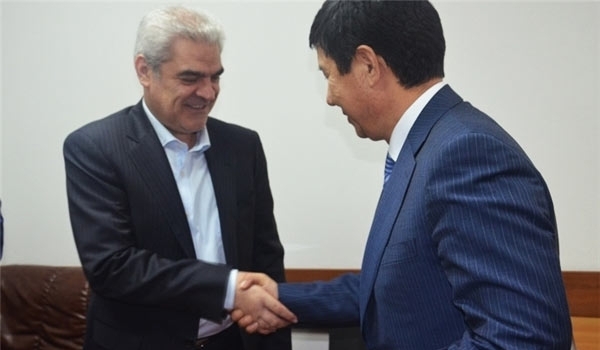 In a meeting between Iranian Deputy Minister of Industries, Mines and Trade Mohsen Salehinia and Kyrgyz Economy Minister Temir Sariev in Bishkek on Saturday, the two senior officials voiced readiness to utilize abundant capacities of their countries to boost bilateral relations.

Sariev called on Iran to share its economic experiences with the country.

He also invited Iranian investors and traders to expand their share in the Kyrgyz market.

Salehina, for his part, underlined Iran’s capabilities and facilities in production and industrial sectors as well as exports of techno-engineering services.

He also stressed that the two countries should boost transactions.

Iran and Kyrgyzstan have expanded their bilateral ties and mutual cooperation in different fields since independence of the Central Asian state in the 90s.