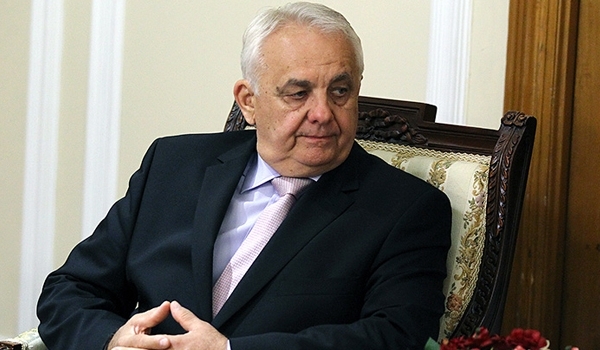 TEHRAN (FNA)- Hungarian Parliament Vice-Speaker Janos Latorcai called for the expansion of economic and cultural relations between his country and Iran’s Isfahan province.

“Given the high capacities of Isfahan province, we are interested in the consolidation of bilateral ties and mutual cooperation with this province in economic and tourism fields as well as exchange of university students and short-term education,” Latorcai said in a meeting with Isfahan Governor General Rasoul Zargarpour in Isfahan city on Saturday.

Latorcai pointed to the high number of Hungarian tourists visiting Isfahan for its high attractions and capacities, and said, “The Hungarian people attach a high value to Isfahan province and expansion of tourist ties pave the way for mutual cooperation.”

The Isfahan governor-general, for his part, underlined his province’s readiness for expanding economic and cultural ties with Hungary, and said, “Iran and Hungary have a 90-year-long record of relations and there are currently good conditions for the expansion of bilateral ties.”

Zargarpour pointed to Isfahan’s high economic capacities, and said, “Isfahan chamber of commerce and chambers of commerce of Hungarian provinces can have good cooperation in economic and trade areas.”

During the meeting in Tehran, Takht Ravanchi referred to the new Iranian government’s determination to enhance ties with other countries, and said, “Iran attaches special significance to promotion of relations with Hungary as its traditional friend in East Europe.”

He called for enhanced ties with Budapest in different fields, including sciences, culture, economy, trade, sports and tourism.

Takht Ravanchi urged the Hungarian government to help remove problems of a large number of Iranian students in the country.

Takacs, for his part, described the two countries’ abundant cultural and historical commonalities as a base for expansion of bilateral relations.