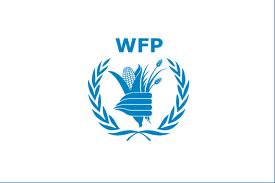 Tehran, Oct 25, IRNA – Tehran University hosted a painting exhibition by refugee children on Friday which was attended by representatives of international agencies in Iran.

The fair was organized by the World Food Program (WFP).

The executive secretary of the painting exhibition Amir Roshan said that the sale of the 38 exhibited paintings will be given to the refugee children themselves.

“The works were selected from 4000 paintings gathered from 16 camps during nine months,” he added.

In a speech in the opening ceremony of the exhibition, the WFP representative in Iran, Negar Gerami said: “Despite their suffering, the world of refugee children is full of colors.”

The Islamic Republic is the 2nd country known to host refugees, in particular, Afghan refugees which it is sheltering for nearly 30 years.

According to a report released by the WFP in the country, currently 840,000 Afghan and 45,000 Iraqi refugees live in Iran.