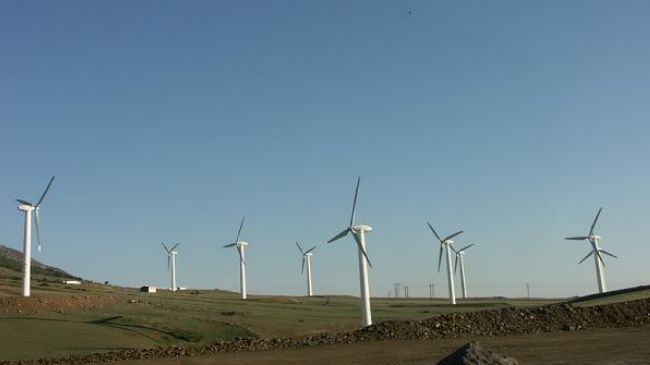 A view of Manjil wind farm in northern Iran

Iran is planning to produce 5,000 megawatts of electricity in the next five years using renewable energy sources, an Iranian official says.

“The Renewable Energy Organization [of Iran] has comprehensive plans underway with respect to utilization of clean methods of energy supply,” said the organization’s managing director, Yusef Armodeli, in a Friday interview.

“Iran has put the objective of producing 5,000 MW [of clean energy] from renewable sources in the next five years on its agenda,” he added.

At present, the country produces 10,000 MW of electricity from hydropower plants, Armodeli added.

He underlined the Iranian administration’s resolve to support the development of renewable energies and noted that the incentives provided by the government have attracted investors to the sector.

“The majority of [investment] requests are related to wind and solar power plants. This indicates that there are resources and demand for investment. Moreover, the industrial infrastructure for production [of energy] exists in the country,” Armodeli pointed out.

Due to its geographical and geological position, Iran enjoys enormous potentials for production of different sorts of renewable energies, including geothermal, solar and wind power.

The country seeks to gradually shift its energy consumption toward renewable resources in a bid to derive the remarkable economic benefits of the sector and tackle its growing environmental issues.