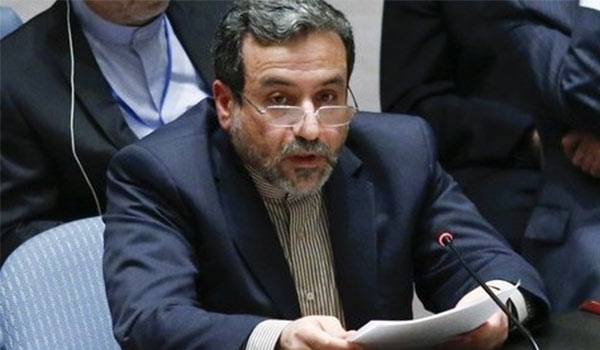 Iran not to shut down any nuclear facilities: Top negotiator

A senior Iranian negotiator says the Islamic Republic will not accept to shut down or even suspend the activities of any of its nuclear facilities in its talks with six world powers.

“All nuclear capabilities of Iran will be preserved and no facility will be shut down or even suspended and no device or equipment will be dismantled,” Abbas Araqchi, who is also Iran’s deputy foreign minister for legal and international affairs, said on Saturday.

“We will not retreat one iota from the country’s nuclear rights, but we are fully ready for transparency and confidence-building,” he said, adding that Iran will push ahead with “industrial-scale enrichment” of uranium to meet the country’s civilian needs.

Araqchi also repeated Iran’s call for the removal of all sanctions against the country, saying: “All sanctions should be lifted and the Islamic Republic of Iran will not accept even a single instance of sanctions to remain in place under a [final] comprehensive nuclear deal.”

The Iranian official’s remarks came in response to repeated demands from the West that Iran shut down the Fordow nuclear facility in central Iran.

Meanwhile, US Undersecretary of State Wendy Sherman said on Thursday that the P5+1 group, which is negotiating with Iran over Tehran’s nuclear program, has offered the country ideas that are “equitable, enforceable and consistent” with Tehran’s desire for a civilian nuclear program, claiming that Iran would be responsible for any failure to reach a permanent accord over its nuclear work.

Iran and the P5+1 group of countries – Russia, China, France, Britain, the US and Germany – are in talks to work out a final deal aimed at ending the longstanding dispute over the Islamic Republic’s nuclear energy program as a November 24 deadline approaches.

Sources close to the Iranian negotiating team say the main stumbling block in the way of resolving the Western disputes over Iran’s nuclear energy program remains to be the removal of all the sanctions imposed on Iran and not the number of centrifuges or the level of enrichment.

Tehran wants the sanctions entirely lifted while the US, under pressure from the pro-Israeli lobby, insists that at least the UN-imposed sanctions against Iran should remain in place.