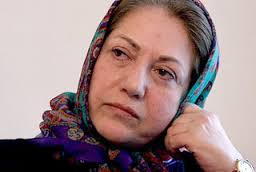 Bani-Etemad’s social drama is composed of seven short episodes, in which she reveals the fate of some of the main characters in her previous films like The Blue-Veiled, Under the Skin of the City and Mainline.

The film has garnered the Best Screenplay award at the 2014 International Venice Film Festival in Italy.

The Tales was also displayed at the main competition section of this year’s Hamburg International Film Festival in Germany.

Best known for addressing social problems in her films, Bani-Etemad has directed numerous feature-length and short films as well as documentaries, which have garnered many international and national awards.

She has said that “the characters in my films are real, [from among] the people whom I might meet every day.”

Many titles in different categories entered the lineup of this year’s Abu Dhabi film festival.

Established in 2007, the festival is held annually in October in the United Arab Emirates.

The 8th Abu Dhabi Film Festival kicked off on October 24 and is scheduled to run until November 1.