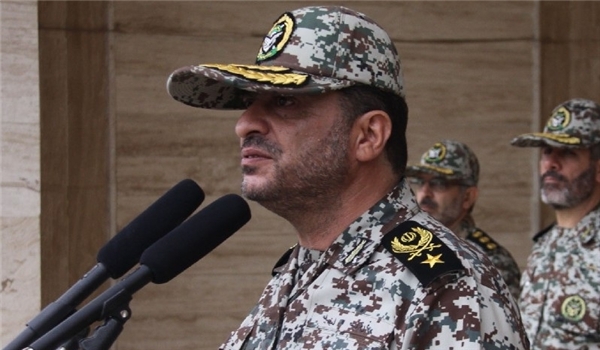 TEHRAN (FNA)- Lieutenant Commander of Khatam ol-Anbia Air Defense Base Brigadier General Alireza Sabahifard said Iran’s outstanding air defense power has, as acknowledged by the entire world, made Iran’s sky the most secure one in the world.

“The country’s air defense power has grown remarkably in recent years after utilizing new information and monitoring equipment for tracing and identifying flying objects and this power has made the Islamic Republic of Iran’s sky the most secure one in the world, as acknowledged by the world states,” Sabahifard said in the Central province of Isfahan on Saturday.

He underscored that the power of the Islamic Republic of Iran in the air defense field is so much that the enemies don’t even imagine of conducting an aggression against the country.

Also last month, a senior Iranian commander underlined that the country enjoys such a powerful air defense system now that no enemy flying object can approach the country’s border without being noticed and confronted.

“Today, Iran’s air defense has the capability to trace and intercept any aggression,” Commander of Isfahan province’s Air Defense Base General Abazar Jokar said in a press conference.

Also in August, Sabahifard said, “At present, every part of the Islamic Republic of Iran’s airspace is connected to the integrated air defense network and the smallest movements cannot go unnoticed by the eagle eyes of the air defense base”.