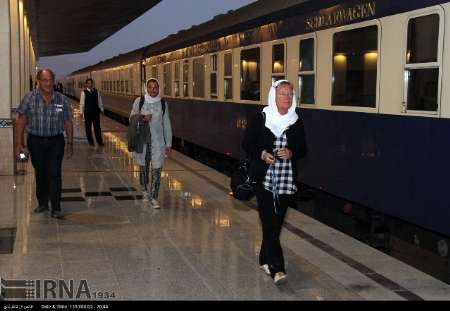 Travelling by a train, the 64-member group received a warm welcome by a number of local officials upon arrival to Isfahan’s rail station.

The foreign tourists are from different world countries including Germany, Russia, Switzerland, Denmark, the UK, Netherlands, Australia, the US, Sweden, France, Mexico and Hungary.

The group will leave Isfahan for Shiraz, another historical city in southern Iran, on Saturday night.

Entering Iran from Turkey, the toursists have already been in the northwestern cities of Tabriz (Eest Azarbaijan Province) and Zanjan (Zanjan Province). They are to continue their trip by visiting cities of Kerman, Yazd, Mashhad and the capital Tehran.

The international tourist train will leave Iran for Turkey on November 3.

The first group of foreign tourists travelled to Iran by the same train on October 9.