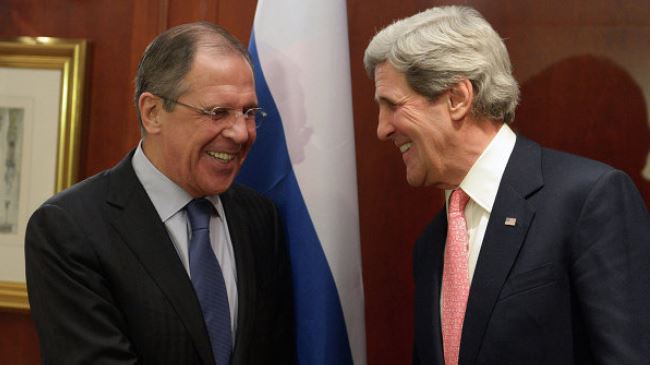 US, Russia optimistic about nuclear deal with Iran

Russia Foreign Minister Sergey Lavrov and US Secretary of State John Kerry have expressed optimism over achieving a final nuclear deal with Iran.

Following a phone call between Lavrov and Kerry on Friday, the Russian Foreign Ministry said in a statement, “The foreign policy chiefs noted that talks on the settlement of the situation around Iran’s nuclear program have real chances to lead to concrete agreements, but additional efforts must be applied.”

Iran has described the latest expert-level talks between representatives of Tehran and the Sextet of powers in Vienna on Wednesday and Thursday as useful and explicit.

Sources close to the Iranian negotiating team say the main stumbling block in the way of resolving the Western dispute over Iran’s nuclear energy program remains to be the removal of all the bans slapped on the Islamic Republic and not the number of centrifuges or the level of uranium enrichment.