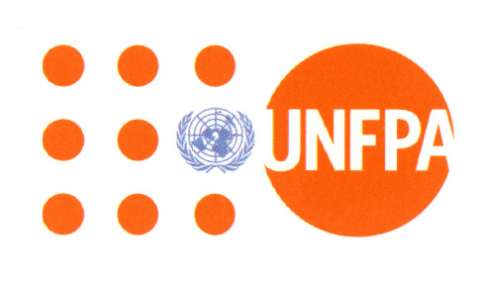 Uz made the statement in an exclusive interview with Thursday’s edition of ‘Iran Daily’ and also welcomed the decree of the Leader of Islamic Revolution Ayatollah Seyyed Ali Khamenei on population.

“The Leader’s policy document just came on time because we were saying you [Iranians] need a policy document on aging and need to look at youth issue comprehensively,” he said, adding that it is a “perfect” policy that covers everything related to population, including youth, aging, urbanization and women householders.

Asked what incentives must be introduced by the government to motivate couples to have more children, Uz referred to the outcome of the International Conference on Population and Development (ICPD) held in 1994 in Cairo, Egypt.

Over 180 states, including Iran took part in ICPD negotiations to finalize a Program of Action in the area of population and development for the next 20 years.

“According to ICPD, incentives or disincentives are not recommended to any country, but the decision and timing of having child should be left to the couples,” he said.

Uz remembered the early 1980s in Iran, when the motto “two children is enough” was popular and said UNFPA officially opposed the motto at that time, since according to the outcomes of ICPD, governments should not interfere in decisions about the number of children.

“UNFPA and ICPD documents say countries should only inform people of the realities and let them decide, instead of forcing them to have children,” he said.

Uz repeated that UNFPA agrees and thanks the Leader’s Office for issuing a comprehensive population policy document.

“The Leader, very strategically and wisely, does not give any number for children. The Leader has said in the policy document that we [Iranians] need to increase the population but in balance and without forgetting the reproductive health of women and children,” he said.

Noting that Iran has already achieved the Millennium Development Goals (MDG) in terms of reducing maternal mortality rate by 80 percent by 2015, Uz warned that removal of family planning methods could lead to unwanted pregnancies and increase child and maternal mortality.

The UNFPA representative also cautioned that an unplanned increase of population could also have social and economic consequences, particularly if we know that the rate of fertility is at the highest level in less developed parts of Iran.

“A child born in a poor and uneducated family could be a burden on the system because he/she will demand job, house and healthcare services as an adult and without contributing to the economy of the country,” he said.

He added that unemployed and uneducated youths are more vulnerable to commit crimes.

Uz pointed to Pakistan and part of Turkey as examples, saying that youths are turning to crimes because of unemployment in the regions.

Speaking in the same meeting, Soudabeh Ahmadzadeh, assistant representative of UNFP Country Office in Tehran, said if the government improves the livelihood of people and provides jobs, housing and health services to youths, they would automatically get married and have children.

Uz thanked the Iranian government for consulting the UNFPA while preparing policies on population.

“Unlike several countries that are very sensitive about UNFPA’s work, Iran involved UNFPA in the preparation of its population program,” he said.

Referring to Iran’s Health Ministry policy of advocating natural delivery following the announcement of the general population policy, Uz said the ministry and UNFPA will launch a nationwide campaign as of the New Year to promote natural delivery across Iran, as safe delivery and promoting natural birth is within the UNFPA’s mandates.

“UNFPA works within every nation’s cultural values, norms and beliefs,” he said. Uz announced that UNFPA is ready to technically and financially support Iran to achieve its goals.

Pointing to the growing phenomena of aging, youth, urbanization and female-headed families as the most important issues emerging in Iran, Uz said UNFPA’s Country Office is directly cooperating with the Cooperatives, Labor and Social Welfare Ministry, the National Council of Aging, the Department of Women and Family Affairs, Sports and Youth Ministry and other state bodies to prepare their population policies and guidelines.

“Iran’s aging policy is being prepared by the Ministry of Cooperatives, Labor and Social Welfare in collaboration with the UNFPA and is expected to be submitted to Majlis in two months for ratification,” he said,

He added that next month, two international consultants from well-known international NGOs will arrive in Iran to hold workshops and talk with academicians and practitioners to help preparing the aging policy.

Noting that Islam asks for working to empower women, Uz also hailed Shahindokht Molaverdi, the head of the Department for Women and Family Affairs, for having a comprehensive and systematic approach on women and her efforts to improve the livelihood of women breadwinners.

Uz also hailed the numerous charity players in Iran, including Imam Khomeini Relief Committee and municipalities, for working to improve the condition of women-headed families.

According to some of UNFPA’s findings, youth unemployment is one of the biggest challenges facing the nation and they account for 70 percent of the unemployed.

The highest rate of unemployment has been reported among university graduates.

Migration from villages to cities has risen in the past two decades in Iran, as youths are seeking a better life in big cities.

Women breadwinners are among the most vulnerable groups in Iran, with 7.9 percent of them suffering from a type of physical or mental disorder.