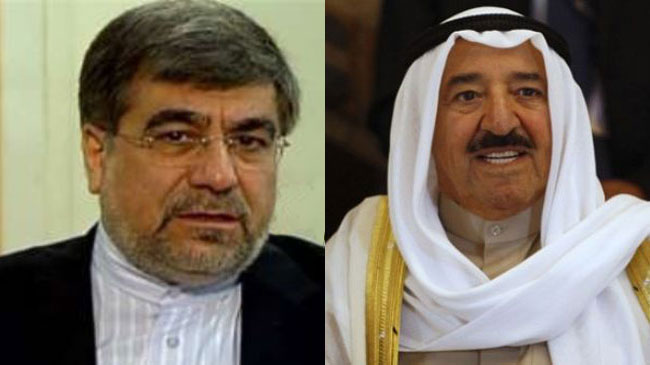 Iran and Kuwait have highlighted the significance of strengthening unity among Muslim countries in the Middle East region.

Most of the problems gripping the Middle East, including terrorism and extremism, are rooted in cultural issues, Iranian Culture and Islamic Guidance Minister Ali Jannati said in a meeting with Kuwaiti Emir Sheikh Sabah al-Ahmad al-Jaber al-Sabah in Kuwait City on Wednesday.

“The enhancement of cultural cooperation among Muslim countries can remove many of the ongoing crises,” Jannati said.

The Iranian minister also underscored deep-rooted relations between the two nations, calling for the expansion of cultural and scientific exchanges between Tehran and Kuwait City.

The Kuwaiti emir, for his part, called for the promotion of ties between Iran and Kuwait, saying that strengthening relations between the two counties will contribute to regional peace and stability.

The Kuwaiti emir also expressed hope that talks between the Islamic Republic and six world powers will bear good results.

Iran and the P5+1 group – Russia, China, France, Britain, the US and Germany – are in talks to work out a final deal aimed at ending the longstanding dispute over the Islamic Republic’s nuclear energy program as a November 24 deadline approaches.