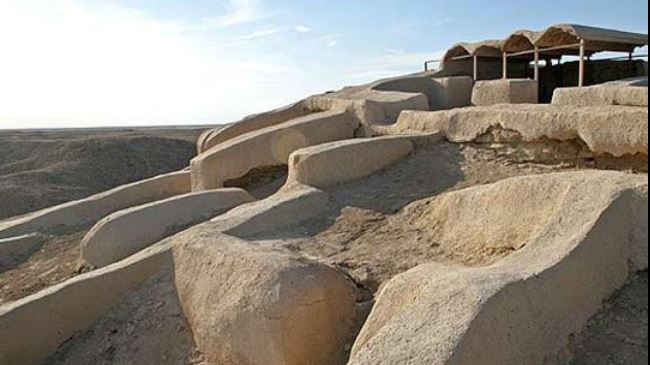 Burnt City plaque to be unveiled

Tehran, Oct 23, IRNA – A plaque pertaining to the registration of the ancient Iranian site Burnt City (Shahr-e Sukhteh) on UNESCO’s World Heritage List will be symbolically unveiled in a ceremony today in Zabol, Sistan-Baluchestan province.

Vice-President and Head of Iran’s Cultural Heritage, Handicrafts and Tourism Organization Masoud Soltanifar, other officials and foreign guests will attend the event.

The 5,000-year-old Burnt City was registered on UNESCO’s list during the 38th session of the World Heritage Committee in July 2014 in Doha, Qatar.

Located near Zabol in the southeastern province of Sistan-Baluchestan, Burnt City is one of the largest and richest Bronze Age sites in Iran and the Middle East. It is believed by some to have been the capital of an ancient civilization that flourished on the banks of the Helmand River nearly 5,200 years ago.

According to studies conducted by archaeologists, residents of Burnt City had great skills in weaving tissues, creating fine arts such as decorative objects, stone carving, and painting pottery.

Spanning over an area of more than 300,000 hectares, the site had extensive commercial, political and social relations with other important cities in the region’s northeastern and western areas.

Four civilizations have lived in the city which was burned down three times and not rebuilt after the last fire.

The world’s oldest animated picture, a dice and backgammon set, and the earliest known caraway are among the most significant discoveries at the site.