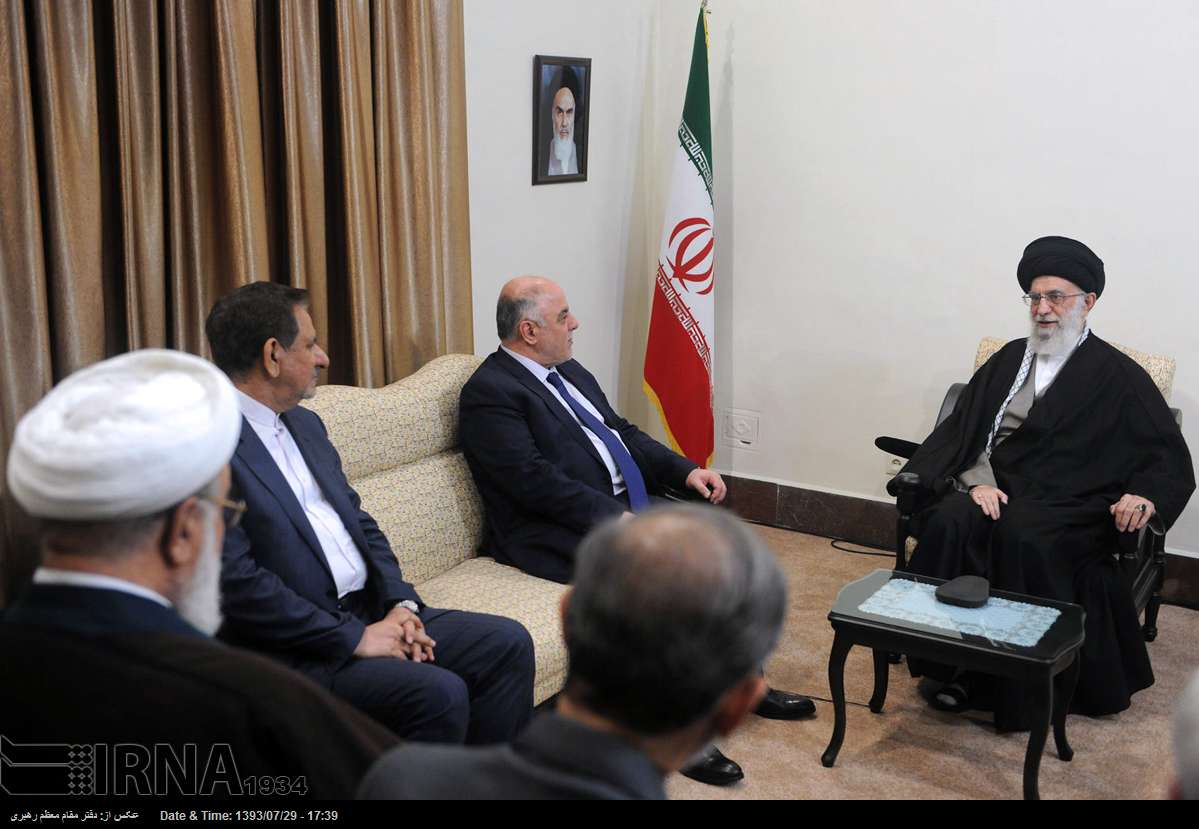 Leader describes Iraq’s security as that of Iran

“The Islamic Republic of Iran considers security of Iraq, (which is) a brotherly and neighboring country, as its own security,” Imam Khamenei said Tuesday in a meeting with visiting Iraqi Prime Minister Haider al-Abadi.

The Leader said the complex conditions in the region are such that the security of regional countries is indivisible.

Ayatollah Khamenei added that the current situation in the region, including in Iraq, is the result of “irresponsible policies of ultra-regional powers and certain regional countries in Syria”, and said these policies must be confronted with firm resolve.

He further described Iraq as a “great, important and influential country in the region” and underlined Iran’s decisive support for the new government in Iraq.

The Leader also reiterated that the Iraqi people and government are well capable of dealing with the security problems in the country and have no need to foreign countries (to reestablish security).

Haider al-Abadi, for his part, said he was pleased to visit Iran in his first official trip abroad after forming Iraq’s new government.

The Iraqi premier appreciated the stances of the Supreme Leader and the support provided by the Islamic Republic to Iraq in the fight against the so-called Islamic State in Iraq and the Levant (ISIL).

He also expressed his country’s resolve to develop ties with Iran in various fields.