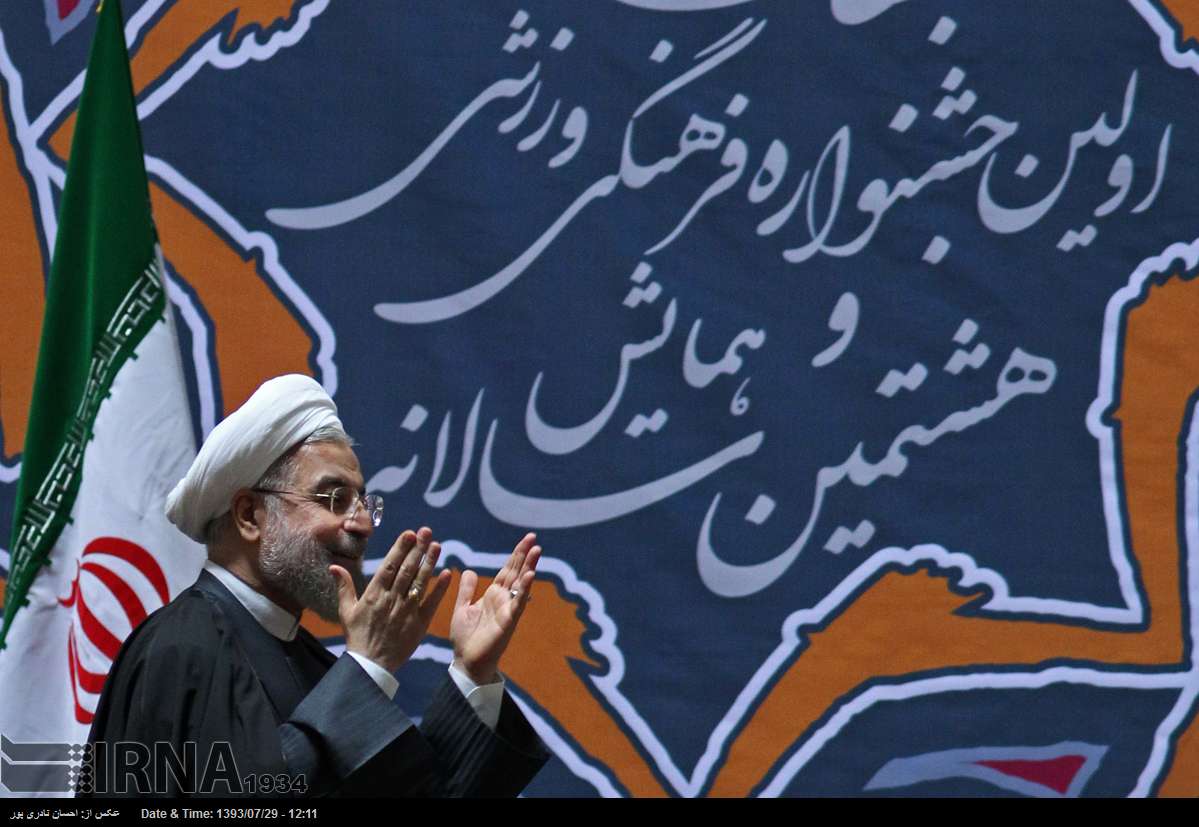 elite and outstanding youth which opened here on Tuesday morning.

He said the fact that representatives of a nation are standing before six big world powers, reject their claims, push ahead with their own demands and have sufficient potential for carrying out their own political lobbies in itself means a big victory for the great nation of Iran.

He said Iran is now victorious and will remain so in future as well.

The president stressed such a goal is attainable only through Jihad, ceaseless efforts, self-reliance and belief in oneself.

He believed it was not enough for the elite to have just knowledge but rather they should enjoy solid belief in morality and have patriotic and humanitarian sentiments.

Elsewhere in his remarks, President Rouhani referred to the brilliant past of the country and described Iran as the cradle of elite and outstanding figures with world reputation.

The event hosts 15,00 brilliant young people who have gathered in Tehran from all over the country for two-days.

The gathering includes young people who topped the list of students admitted to the Iranian universities this academic year as well as those who ranked among the best in scientific Olympiads.