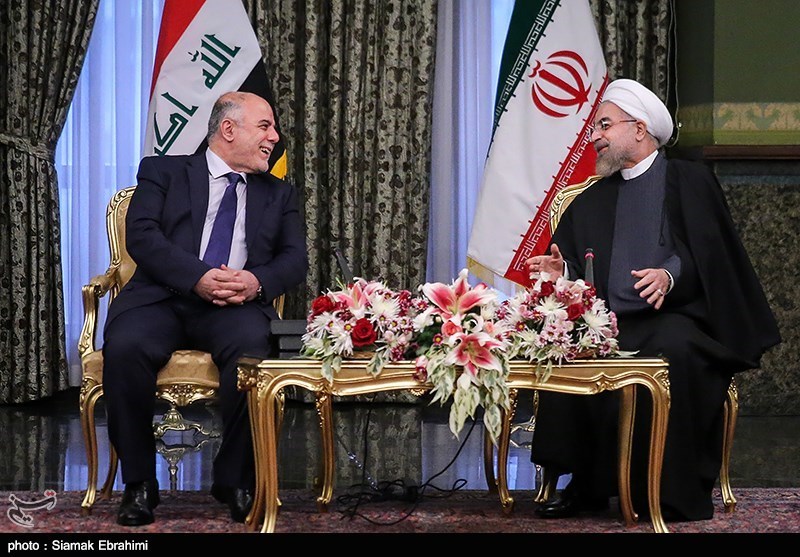 TEHRAN, Iran (AP) — Iran’s President Hassan Rouhani says Iran will stand by its neighbor Iraq in its fight against the Sunni extremists of the Islamic State group.

Rouhani told visiting Iraqi Prime Minister Heidar al-Abadi on Tuesday that Iran “will remain on the path until the last day,” according to a report by the official IRNA news agency.

Rouhani says Iran will continue to provide Baghdad with military advisers and weapons. He also criticized the U.S. for allegedly failing to sufficiently support Iraq.

Bombings in and near Baghdad killed 19 people on Tuesday, the latest in near-daily attacks targeting the Iraqi capital as the country’s Shiite-led government grapples with a rampant Sunni insurgency by the Islamic State group.

A little bit later, a bomb that went off near a small restaurant in central Baghdad killed five people and wounded 12, the officials said. Another bomb exploded at a commercial street in the town of Madian, just south of Baghdad, killing two people and wounding four.

Medical officials confirmed the casualty figures. All officials spoke on condition of anonymity because they were not authorized to talk to media.

No one immediately claimed responsibility for the latest attacks but they bore the hallmarks of the al-Qaida-breakaway Islamic State group which has captured large chunks of territory in western and northern Iraq, plunging the country into its worst crisis since U.S. troops left at the end of 2011.

On Monday, militants unleashed a wave of deadly attacks on Iraq’s majority Shiite community, killing at least 43 people. In the Shiite holy city of Karbala – home to the tombs of two revered Shiite imams and the site of year-round pilgrimages – four separate car bombs went off simultaneously, killing at least 26 people.

The attacks on the Shiites are likely calculated by the Sunni extremists to sow fear among Iraqis on both sides of the sectarian divide.