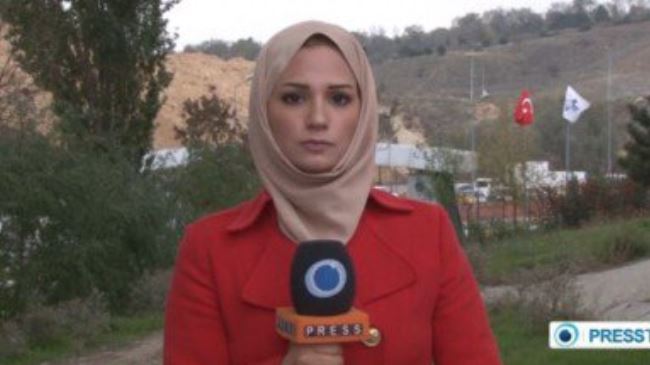 Shim, an American citizen of Lebanese origin, was killed on Sunday as she was in Turkey to cover the ongoing war in the strategic Syrian town of Kobani.

Afkham hailed Serena’s job as a journalist in the warzone, saying that doing such a job is very risky.

The Iranian spokeswoman extended her sympathies to Shim’s family, all journalists, and her colleagues in Press TV.

Shim was going back to her hotel from a report scene in the Turkish city of Suruç when the car carrying her collided with a heavy vehicle. The identity and whereabouts of the truck driver remain unknown.

She covered reports for Press TV in Lebanon, Iraq, and Ukraine.

On Friday, she told Press TV that the Turkish intelligence agency had accused her of spying probably due to some of the stories she has covered about Turkey’s stance on the ISIL terrorists in Kobani and its surroundings, adding that she feared being arrested.

Shim flatly rejected accusations against her, saying she was “surprised” at this accusation “because I have nothing to hide and I have never done anything aside my job.”

Turkey has been accused of backing the ISIL militants in Syria.