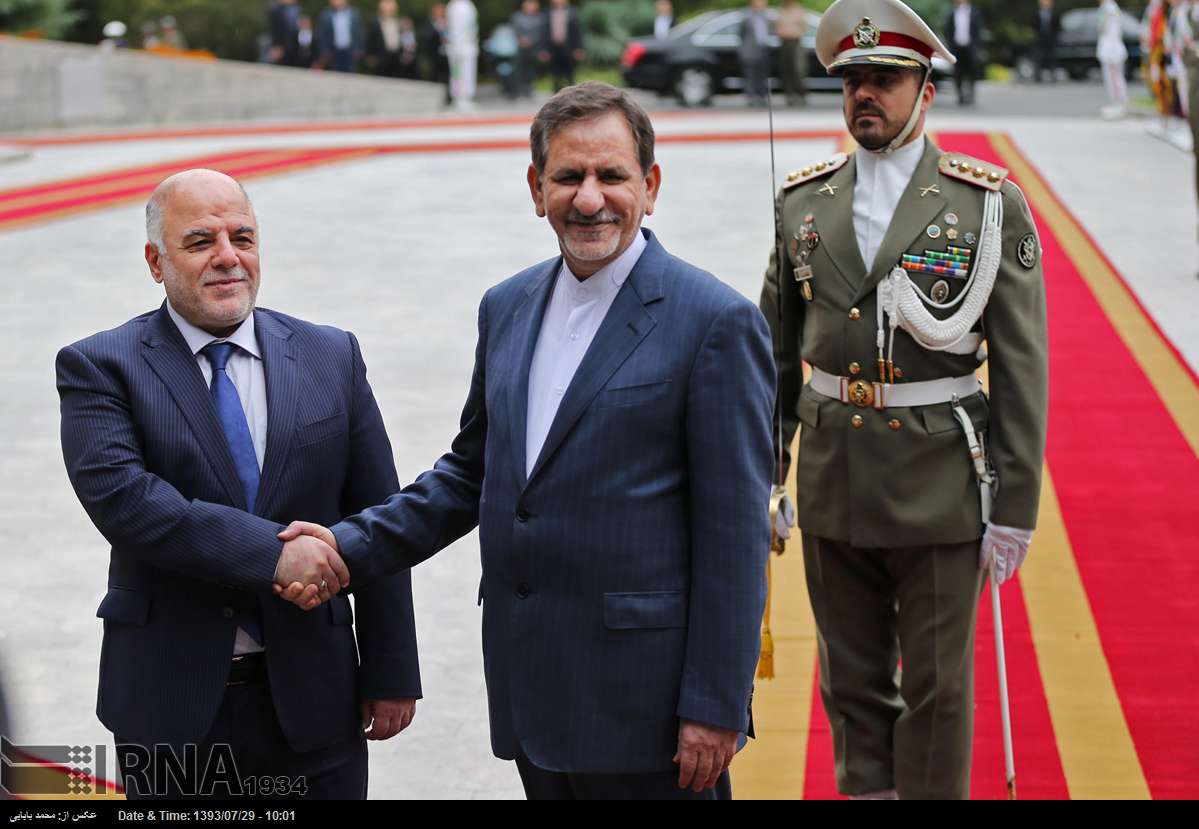 Iraq’s Ministers of Oil, Electricity, Commerce, Water Resources as well as a member of parliamentarians are accompanying al-Abadi in his visit to Tehran.

He is scheduled to hold talks with President Hassan Rouhani within hours.

The Iraqi premier is also set to meet with Jahangiri and a number of other senior officials on Tuesday.

This is the first visit of al-Abadi to Iran after taking office as the premier.

On the eve of his visit to Iran, al-Abadi said that his country’s ties with Iran and other neighboring countries will be expanded in different fields.

Iraq’s Prime Minister Office had earlier announced that the visit of al-Abadi to Tehran and meetings with Iranian senior officials is in the direction of the two neighboring countries’ efforts to help Iraq in war against the terrorist ISIL group as well as strengthen cooperation between the two countries.